Adventure-puzzle game to arrive on computers in February, with a version for Nintendo's handheld following in April.

Legacy Interactive has a history of making mystery-solving adventure games based on hit TV shows, having created adaptations of Murder She Wrote, C.S.I.: NY, and Law & Order: Criminal Intent. Early next year, the publisher will take a stab at a different kind of mystery series, as it plans to launch a game based on Fox's top-rated medical drama, House, M.D.

The House, M.D. game will let fans of the show step into the sneakers of the gruff diagnostician, played by British actor Hugh Laurie. Players will help solve five different medical mysteries with more than 100 puzzles and minigames. As on TV, House will have help from his supporting team of doctors, as well as his favored colleague/enabler Wilson (Robert Sean Leonard) and hospital administrator Cuddy (Lisa Edelstein). It is unclear if the actors will lend their voices to the game, but early images show at least their likenesses will appear in it.

House, M.D. will arrive on the PC and Macintosh in February, with a DS edition trailing in April. For more on House, M.D., visit its series page on GameSpot sister site TV.com. 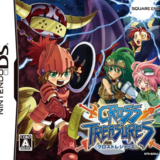