Renegade Kid originally designed horror game Cult County for the Nintendo 3DS, but now the developer wants to bring it to consoles and the PlayStation 4’s virtual reality headset, Morpheus.

Cult County is a first-person survival horror game that mixes episodic storytelling with exploration similar to Silent Hill and Resident Evil. Like Renegade Kid’s Dementium and Moon, Cult County was originally headed to a Nintendo handheld, but Renegade Kid said it has grown beyond the scope of the 3DS.

Currently, Renegade Kid wants to publish Cult County on Steam, Wii U, Xbox One, PlayStation 3, PlayStation 4, and PlayStation Vita. In order to fund what has clearly become a bigger project, the developer has set up a Kickstarter with a funding goal of $580,000. At the time of writing, Cult County has raised $25,515 from 967 backers.

If it hits its second stretch goal of $640,000, Renegade Kid will pay the extra license fees for Unity and development hardware it needs in order to publish Cult County on Xbox 360.

Yesterday, Renegade Kid said that if Cult County is funded, it will also utilize Sony’s Morpheus VR headset for the PS4. Apparently, Sony Computer Entertainment’s President of Worldwide Studios Shuhei Yoshida would like to see it happen, as he already backed the project on Kickstarter. 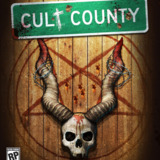