Developer Gearbox only planning to issue a few thousand units, says it spent an "irresponsible amount" of money to create it.

The Homeworld Remastered collector's edition will include a 12", hand-decorated molded ABS resin Mothership with LED lights. The bundle will also include a stand and USB/AC power cable. The collector's edition is expected to sell for around $100, Gearbox announced earlier this year, though the studio said nothing about a final price today during the panel.

Gearbox launched a survey last month asking fans if they would prefer a Homeworld Remastered collector's edition that included a 6" or 12" in Mothership model. As we now know, the bigger version won out. (Ed. note: As you might know, everything is bigger in Gearbox's home state of Texas).

Also during the panel, Gibson and Gearbox CEO Randy Pitchford said creating the Homeworld Remastered collector's edition was no small feat. Pitchford said "we're hoping to break even" from sales of the bundle, while Gibson quipped that Gearbox spent an "irresponsible amount" of money to create the premium bundle.

The Homeworld Remastered collector's edition will also include memorabilia like an art book, game manual, key chain, and codes for the remastered versions of Homeworld and Homeworld 2. As a caveat, Gearbox notes on its website that these items are subject to change and pricing is still TBA.

Gearbox, which acquired the Homeworld license from the now defunct THQ, announced its plans to relaunch the games last year. 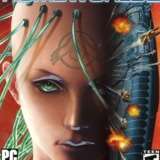