Blackbird Interactive and Gearbox confirm that Homeworld 3 has shifted to 2023.

Homeworld 3 has been delayed. The game, previously set for release in Q4 2022, has now shifted to the first half of 2023, the game's official Twitter account announced on Friday. Homeworld 3 is an RTS and the first entry in the main series since 2003's Homeworld 2.

"Delivering Homeworld 3 at the highest quality is the top priority for Gearbox Publishing and Blackbird Interactive because we recognize the special place this series holds in the hearts of players," the statement said. "This passion from players fuels the work and the additional time will allow us to make good on our commitment to quality in a healthy and sustainable way for all those involved."

The statement goes to say that Homeworld 3 aims to be "the Homeworld game that players have always dreamed of." Fans can look forward to the "deepest look at yet" at the game during Gamescom in August.

"Homeworld 3 is the realization of the vision of what we set out to create in the Homeworld series, with modern technology allowing us to push beyond our wildest dreams of large-scale dynamic space combat packed with emotional sci-fi storytelling," Blackbird Interactive CEO Rob Cunningham said in 2021.

Homeworld 3 joins a long list of 2022 titles that have been delayed. For more, check out GameSpot's roundup of all the delayed games in 2022. One prominent title that has not been delayed, apparently, is God of War: Ragnarok, which will reportedly launch in November. 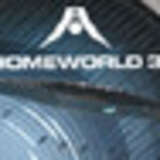