Hollywood & Games: helping hype each other

98 Comments
LOS ANGELES--Seamus Blackley has an impressive resume. He joined the game industry in the early 1990s, when he helped develop Ultima Underworld and System Shock at Looking Glass Studios. By the end of the decade, he was helping organize Microsoft's Xbox launch team, and acted as the nascent console's main spokesperson after it launched in 2001. Blackley then went on to cofound doomed game-development consortium Capital Entertainment Group before joining Hollywood powerhouse Creative Artists' Agency as an agent.

Blackley certainly looked and sounded like a player when he moderated a panel at the Hollywood and Games Summit earlier this week at the Beverly Hills Hotel. Despite the balmy conditions outside, he wore a slick suit, the ensemble topped off with his signature gold earring. He was also the most vocal participant in the panel he was ostensibly moderating, which was titled "Establishing the Buzz for Collaborative Franchises."

Like the rest of the elite event, the panel focused on how the game and film industries can profit from one another, and Blackley warmed up the crowd by asking the collaborating sides to identify themselves. "Raise your hand if you're from Hollywood?" he asked, eliciting a few arms to go aloft. "Now raise your hand if you're from the game business," he queried, sending a forest of limbs launching skyward. To those few who didn't raise their hand, Blackley joked, "And where are the rest of you from, the porn business?" Then, a woman raised her hand. Blackley grinned naughtily, and told her to "meet me later."

As the title "Establishing the Buzz for Collaborative Franchises" suggests, this particular panel discussed how to market games based on movies--and vice versa. Present were two experts at marketing film-game crossovers: Gordon Paddison, New Line Cinema's executive vice president of integrated marketing, and Will Kassoy, Activision's vice president of global brand management. Of course, Blackley was also on hand to do his particular brand of moderating, which consisted of at times overwhelming the panel with his own comments.

Although his stately air evoked imposing actor Frank Langella (Good Night and Good Luck), Paddison kicked off what turned out to be an informal session. He began by emphasizing there were a "lot of different venues for exposure," particularly if "the game window follows the release of the film." As an example, he used the Pringles potato chips promotion that helped hype Electronic Arts' The Lord of the Rings: Return of the King, which was based on the eponymous final chapter in New Line's epic fantasy trilogy.

Paddison also cited the Lord of the Rings games as a "fine example" of coordination between filmmakers and game designers. He mentioned how writer-director-producer Peter Jackson and his production company, Wingnut Films, were "involved on every level" of making EA's various LOTR games. He also pointed out this level of cooperation led to many film clips, most of the film's voice cast, and almost all its art assets being incorporated into the games.

The youthful-looking Kassoy quickly chimed in with an anecdote about one of his own projects. To facilitate the game adaptation of the computer-animated comedy Over the Hedge, Activision set up an office on the Dreamworks Animation lot. Kassoy said the "exact same" character models were used in both the film and the console versions of the game. "The lines are clearly blurring," he said.

However, Paddison warned that a close working relationship between publishers and movie studios are does not guarantee a quality movie-based game. "Transferring the emotional elements from the film to the game is one of the biggest challenges," said Paddison. "There is a bit of a disconnect when it comes to taking the story and character from a film to a game, and that's something we have to watch out for... A lot of [the] time games based on films are a case of fitting a square peg in a round hole."

Paddison also said similar problems exist with movies based on games, and discussed the 1995 New Line film Mortal Kombat, which was directed by summit keynote Paul W.S. Anderson and based on the titular Midway Games arcade fighter. "Fifty thousand years ago we had Mortal Kombat, which we wanted to be a mainstream film," he joked. "Problem is you don't want to get that stink of 'we want this film to be just for gamers.'" "I like to think of that as a fine perfume," Blackley quipped, to moderate laughter.

For his part, Kassoy said that he felt that more than any other, role-playing games are the most promising--and untapped--genre for film-game crossovers. His justification was that while films often elicit an emotional response so deep that people will shed tears, the main emotion action games--the most common fodder for big-screen adaptations--bring is merely shallow thrills. "I think the potential is there to have a game that makes you cry when your character dies," he said, speaking of film-inspired RPGs.

When asked about how machinima, the most direct convergence between narrative motion picture and interactive gaming, could be used as a marketing tool, Kassoy dissembled somewhat. He said that saying each game is its own specific animal, and that there are various techniques to sell each one. He did say that machinima had its place, and used Heavy.com's Heavy Machinima channel as an example of where it could be successful.

Blackley quickly gave his two cents' worth. "I think it's just a matter of time until machinima becomes a major tool [for marketing games and film]," citing the growing number of machinima clips on Myspace.com as an example. He also praised how, by using game engines to tell linear stories, machinima is helping remove the wall between film and games. "My job description is to try and break down that wall," boasted Blackley.

Then it was on to more practical matters--namely, the problems that arise in trying to develop a game based on a major motion picture. Kassoy offered an ongoing project as an example. He said Activision is actively sharing all assets of the upcoming Transformers film with Digital Domain, the production company Transformers director Michael Bay recently bought. Kassoy said Activision is shooting for a "day and date" release alongside the film on July 4, 2007.

However, Kassoy expressed the difficulty of doing such simultaneous releases, given the much longer development cycle of a game versus production cycle of a film. "We're just finalizing our Christmas 2008 slate," said Kassoy. "The primary challenge is to get ahead of the curve, since movies are often only shot 11 months before they hit theaters."

Paddison concurred, citing unnamed New Line production schedules. "We'll have [film] projects that get greenlighted just eight months before they are supposed to be released," he said. "So we don't have any real preproduction time. It's just like 'everyone get on the boat.'"

So when will the production processes of games and films become truly unified? Kassoy thinks it's already happening: "I think there's a lot of core connectivity between games and film," he said. Paddison differed slightly, saying that the production process of the two was still a ways off. "When the heads of [film] studios reach the age [at] which they are gamers, things will be a lot different," he surmised. 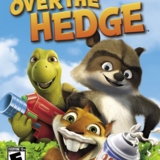