Looks like Harry Potter fans are going to be saying "accio" for a little while longer.

The official Hogwarts Legacy Twitter account has announced that Hogwarts Legacy will no longer be releasing this holiday season. Originally scheduled to hit shelves in 2021, the latest release date for the open-world RPG is now February 10, 2023. However, this is only for the PlayStation, Xbox, and PC versions of the game. For those looking to pick up the game for Nintendo Switch, it looks like your wait will be even longer.

Hogwarts Legacy will launch on February 10, 2023 for PlayStation, Xbox, and PC. The Nintendo Switch launch date will be revealed soon. The team is excited for you to play, but we need a little more time to deliver the best possible game experience. pic.twitter.com/zh0EsOvDb7

Set in the wizarding world of Harry Potter, Hogwarts Legacy takes place over 100 years before the events of the popular book series. The game allows players to create their own character, choose their house, and attend classes, all while an original story involving a goblin rebellion unfolds around them. Developer Avalanche Games has confirmed the game will feature no multiplayer element or microtransactions, opting for a story-driven, single-player experience instead.

However, excitement for Hogwarts Legacy also comes with its fair share of baggage due to Harry Potter series author J.K. Rowling's anti-transgender stance. While Rowling is reportedly "not directly involved" with the upcoming game, whether she will profit from its success has not been clarified. It is also unknown whether Rowling will write any additional stories set in the Harry Potter universe, or release any additional films. For the complete story, read GameSpot's JK Rowling's Anti-Transgender Stance And Hogwarts Legacy.

For more information on Hogwarts Legacy, including a look at its trailers and more details regarding gameplay, check out everything we know about Hogwarts Legacy. 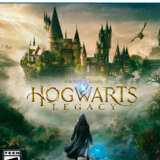