Hitman 2's release date is nearly here, so take a look at a selection of critics' reviews.

Hitman 2's release date is nearly here. The PS4, Xbox One, and PC sequel continues the first game's trend of inventive assassination missions, all set in exotic locations around the world. The 2016 reboot was received well by critics, though it drew criticism from some fans for its episodic release model. Hitman 2 has dropped this model in favor of releasing all in one go--though developer IO Interactive does say more levels and challenges will arrive as post-launch DLC.

However the big question is of course: is Hitman 2 any good? To help you answer that question, we've collected a selection of critics' reviews for you to peruse below. For more, check out GameSpot sister site Metacritic or our own Hitman 2 review, in which Edmond Tran awarded the game an 8/10.

"Hitman is about experiencing the anticipation of seeing whether a plan will work when you try it for the first time. It's about feeling the tension of briskly walking away from a bad situation, hoping you can lose the suspicious guards. It's the satisfaction of knowing the machinations of a level so well that when a target moves into a particular place at a particular time, you have the perfect way to intervene. Hitman 2 is a familiar experience, but in the Hitman world, familiarity is an incredible strength." -- Edmond Tran [Full review]

"Hitman 2 doesn't add much of note to the structure of its predecessor and thus feels more like Hitman 1.5 than a full-blown sequel. But that's not a bad thing. By offering more of the deepest, fullest stealth sandboxes in gaming in one single package rather than six episodic ones, it earns its keep. The inclusion of Hitman (2016) is a bonus for those that didn't catch the reboot initially. Here's hoping they put more effort into the plot next time." -- Ryan McCaffrey [Full review]

"Hitman 2 takes what its predecessor did best and improves on it visually and mechanically. It's a cerebral game, a sandbox that can be bloodless or chaotic depending on who’s pulling 47's strings. From its plot to its locations, Hitman 2 is an investigation of both 47's uniqueness and the way in which he's just another face in the crowd. Playing with this conflict is what makes Hitman games so fun, and Hitman 2 gives you more space, tools, and rewards to explore this to its fullest. Character and plot pale in comparison to what it lets you do, and Hitman 2 offers a fascinating buffet of accidents to choose from." -- Riley MacLeod [Full review]

"Hitman 2 is not the landmark the last game was, and given that it almost didn't happen at all, with IO wresting back the rights from Square Enix at the eleventh hour, that's only to be expected. It doesn't take us anywhere drastically unfamiliar for Hitman--all the maps have precedents in older games, and for all the multitude of smaller tweaks, like NPCs catching sight of you in mirrors or picture-in-picture footage of people you've successfully distracted, the rhythms are exactly those of the 2016 outing. There's plenty to go back to in each map, however, from Trumpian politicians to that slowly unlocking repertoire of subtler or more grandiose strategies, and in Ghost, at least, the suggestion of a series turning a new leaf. I hope IO has the chance to follow through, because Hitman remains one of the smartest stealth experiences out there and truly a game for unequal times--a window upon society in which spoiled elites always get what's coming to them, by fair means or foul." -- Edwin Evans-Thirlwell [Full review]

"There's definitely no innovation here; it's more of the same Hitman gameplay that we've seen for years beforehand, and I fear that Hitman 2 is arriving at a time where it just can't compete with the likes of Red Dead Redemption 2, Assassin's Creed Odyssey and Fallout 76, particularly in the open-world sandbox genre. Plus, there are definitely oddities to the presentation of Hitman 2 that suggest it was a little rushed out the door, but I can’t fault the fact that it offers delicious, murderous fun right from the get go. And that’s really all you need from Hitman 2." -- Sam Loveridge [Full review]

"Everything that's in Hitman 2 may be overwhelming at first blush. What's at launch is not the last of Hitman 2 either, with Elusive Targets (limited time hits, the first starring actor Sean Bean), and more en route for the stealthy sandbox. As for now, I will leave you to prepare." -- Caty McCarthy [Full review]

"When 2016's Hitman was announced as being episodic, I was confused, yes, but also excited at the idea of constantly expanding space for new Hitman levels. By being so much like its predecessor, Hitman 2 is set to fulfil that original goal. When paired with the additional Legacy Pack--free to owners of 2016's Hitman--which adds the previous game's levels, Hitman 2 positions itself as the essential platform for entertaining murder puzzles." -- Phil Savage [Full review] 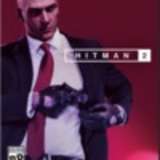