Eidos Interactive's upcoming action game sequel Hitman 2: Silent Assassin, previously scheduled for release this spring, won't arrive in stores until September. According to sources close to the company, the reason for the delay is simply to give the game more time in development.

Hitman 2: Silent Assassin is the sequel to the 2000 action game Hitman: Codename 47. The new game will include a number of improvements on the previous game, including a choice of first- and third-person perspectives, mid-mission save options, a revised inventory system, and a new ranking system. Players will assume the role of a retired assassin tricked into going back to work, only to find himself the target of another assassin.

Hitman 2 is in development at IO Interactive, the studio that created the original Hitman game. For more information, take a look at our previous coverage of the game. 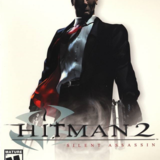