We speak with the creator of the Metal Gear Solid series about his upcoming projects.

At this year's E3, GameSpot had the opportunity to sit down with Hideo Kojima, the famed creator of the Metal Gear Solid series. Through the help of translator Scott Dolph, Kojima spoke on a number of topics, including the two upcoming Metal Gear Solid games--Metal Gear Solid: The Twin Snakes for the GameCube and Metal Gear Solid 3: Snake Eater for the PlayStation 2--as well as Boktai, an upcoming Game Boy Advance game that, through the use of a light sensor on the cartridge, requires sunlight to play. Be sure to also check out the downloadable audio version of the interview.

GameSpot: Thank you again for taking the time to do this. Certainly this was another exciting E3, since you've announced not one, but two new Metal Gear games, in addition to Boktai. Is there a particular product that you're most pleased with demonstrating at the show for the first time?

Hideo Kojima: Obviously I am proud of all three of my games, but Boktai is definitely new, it's different, and it's not something that will look great at the show visually, but it is my number one game here.

GS: Is this a project that you've wanted to work on in the past, and only now feel as though that the technology is at a place where you can produce it?

HK: It was more of a cost issue for the solar sensor. I always talk about raw games, and this is this idea I have that you buy this game and if you take it home and play it and it's game over, the game ends and you have to go buy another one, and it's really a matter of how you get the right medium for this disk that breaks or disintegrates once it reaches game over. So with Boktai, it was really a matter of coming up with the proper sensor at a reasonable price to make this happen.

GS: How do you manage to split your time between at least three major projects simultaneously?

HK: With Boktai, I first worked on the initial game design, and then gave that to the team and whatever they come up with based on that game design, I see and correct and give advice. With MGS3, I come up with the game design, the game plan, all the directing, everything hands-on. And as for the Twin Snakes, I'm the producer and supervisor. My own team and the people at Silicon Knights work together daily, and what they come up with is given to me, and I say you should do this and do that.

GS: Speaking about Twin Snakes for a moment, is this a product that would be best suited for fans of the original Metal Gear Solid, or is it best for those who aren't experienced with the series? Who is the target audience?

HK: It will be for both. Obviously for those who have never played the original game, it's totally new. And for those who have played it, they’ll be playing MGS1 with game mechanics like action, and the game system of MGS2, so there will be different moves and enemy AI and all of that.

GS: Is the story of the game different to any extent, or longer? I know there are going to be some small differences, but to what extent?

HK: It will pretty much be the same. The thing is, now that we're working with this great film director Ryuhei Kitamura, he's worked from the storyboard of the polygon demos, and then he's directed all the polygon demos, the motion capturing, so you'll be seeing a lot of different scenes. The polygon demos are done totally differently, so you might even see totally new scenes that you've never seen before.

GS: To what extent is this cinematic director involved with the project? Because the Metal Gear games are very well known for your cinematic touch, so it’s interesting that a new director should come into the project.

HK: To a great extent. He's very much involved. Mr. Kitamura grew up playing up my games as a kid, and he;s a fan of mine, and I'm a big fan of his films. I think there's no one better than Mr. Kitamura in the Japanese film industry right now. And the thing is, a Metal Gear game has to be directed by me, but if it wasn't me, if it's Ryuhei Kitamura, then fine, please, do as you wish, I can say that. We use motion actors and we do rehearsals and we create sets, and it is quite dangerous doing all the jumping and rolling and all that, and we've spent two months including the rehearsal. Mr. Kitamura really respected and honored the original work, so like the helicopter, the chopper flying up, the scene there is pretty loyal to the original scene. But then we said, "This isn't it. If we're going to have Mr. Kitamura do it, we want him to do it his way." So what you're not seeing now, but what you'll see later on in the game is totally different. You'll be shocked.

HK: [laughs] I shouldn't be saying this myself, but I like it very much--nice and simple. It's really straightforward in the sense that Metal Gear Solid 1 was created when people didn't know too much about it, when it wasn't that big yet.

GS: It almost seems as though the third game is a return in some ways to the relative simplicity of the first one, at least based on what we've seen. It has more of that focus to it, and a consistent setting. Is that something you were actively attempting to do?

HK: Yes, as you see, it says "back to the origin" in the game. With MGS 2, we threw in a lot, we provided a lot of [features] so people would enjoy it, but we did so much. This time we said keep it nice and simple and go back to the basics. It focuses on the original sneaking mission flavor.

HK: I'm not going to give you a clear yes [laughs], but you should be imagining in that direction.

GS: There seems to already be plenty of speculation as to what the true context of the game is, since you've earned much fame as being quite the magicians, since so many people were surprised about how Metal Gear Solid 2 turned out to be. So, do you also expect that people will speculate a lot about Metal Gear Solid 3's story and premise?

HK: I would love people to speculate and talk about what it’s going to be, about their thoughts. The thing is, ideally we do not want to show anything until the release of the game, but it's not going to be that way, because we could not promote the game at all. So what we're doing is providing two hints, one of the hints is the trailer, and the other hint is the pamphlet we're distributing. Nothing in the trailer or the pamphlet is, you know, they're not lies. We're telling the truth, so you can start doing you're speculating based on what you see there. Oh, and just to tell you, the Grand Theft Auto lines and the release date thing in the trailer is not going to be in the final game. [laughs]

GS: Can you speak about some of your influences for this new game? It clearly seems to go in some new directions, and it seems as though it may have been influenced by some film or reading that you've done at some point.

HK: It's not really how I was influenced or inspired, it's really how we video game creators and you video game fans want to experience jungle battle, fighting in the jungle and field battle. And we've done enough with the CQB (close-quarter battles), so we're taking this direction that everyone wants to experience. Game creators all over the world have tried creating jungles, throwing in jungles into their games, but it really hasn't worked. And this time, we're trying to break through that, trying to overcome that. Because in video games, when you try to create a jungle or a forest, there's so much vegetation and everything, and it's really hard to do because of the hardware limitations. But that's something we're trying to overcome, that's why we're coming up with a new engine for the game and hopefully we can accomplish this. What we're trying to convey right now is that there's a jungle in the game, that's all we've shown you, so it might just look like a lot of green, like vegetation, but the final product will have so much more. There will be buildings, there'll be a lot of characters, there will be some crazy weapons, and all that, and there will be the storylines and things that will lighten up each individual character. So, please do expect these things that will be coming later on.

GS: Is there a particular new gameplay feature that you’re excited about that will be featured in this game?

HK: There's this thing called the camouflage index, it's what kind of camouflage gear you wear, how you paint your face, against what background you stand, all this will really vary whether or not the enemy will see you or you'll see the enemy. So, this will really add to the stealth element of the game. And you know, the theme of the game obviously is the jungle, but also survival in the jungle, so what you have to do is hunt for food. So, not only are the humans enemies, but you have bugs and animals, and not only are they enemies, but they can be your food. So if you hide wisely, correctly using the camouflage index, you might be able to catch animals that normally you cannot catch. For example, if you see a venomous snake, you can eat it or throw it at an enemy.

HK: I really was not going to do this. That's why after I was done with MGS 2, I came up with the game plan--the game design of MGS 3 and I gave it to the team and I said, "Anyone, do you want to do it? Does anyone want to do it? Raise your hand." I was waiting for someone to say, "Hey, I'll do it!" But no one came up, and I was getting a little hesitant, a little irritated, but given the drastic change in the game system with the jungle and everything, it was very risky to have someone else do it when we were changing things, so I said, "I guess I'll have to do it myself."

HK: I just love all their songs, really.

GS: Is there anything else about the game you'd like to add?

HK: Metal Gear Solid 3 is your authentic, true sequel. Then you have MGS: Twin Snakes, which is, you know, it is a remake of the original game, but it's a collaboration of the Miyamoto, Silicon Knights, Nintendo group, and then you have Konami and Ryuhei Kitamura, so it's a remake of an existing game but which is done by pumping in totally new blood. And then we have Boktai which is totally different, it's an original game. So, these three games are very different in nature, and I'm very proud of all these three games and I hope that everyone gets to play these games and enjoy them.

GS: Thank you very much for your time. 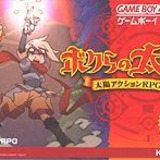