It was Colonel Mustard with a candlestick in Hidden Hotel: Miami Mystery.

Tilting Point and WhaleApp are collaborating with Hasbro to bring classic characters from the popular board game Clue to Hidden Hotel: Miami Mystery. The event has already begun and will run until July 7.

Clue characters such as Miss Scarlett and Colonel Mustard will accompany players and participate in mini-events and mysterious detective stories. The mystery will vary with different endings based on the player's decisions. Other Clue characters like Miss Peacock and Professor Plum will offer players daily tasks and unique rewards. During the event players can also participate in a special Clue event with 20 levels to investigate. 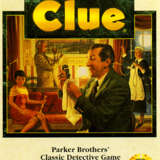