Heroes of the Pacific flies into stores

Ubisoft today announced that Heroes of the Pacific has taken off for retail and will be dogfighting on the PlayStation 2 and Xbox. The game was developed by Australian company IR Gurus Interactive. A PC version (demo available at GameSpot DLX) will land on shelves in October.

The game sees pilots taking to the air in 35 different planes on 26 missions based on real events from the Pacific campaign during World War II. Among the tropical locales that will be the setting for action are Wake Island and Midway.

In addition to the single-player modes of campaign, instant action, and single mission, players can square off against one another in online multiplayer modes that support up to eight pilots. 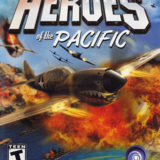