Hero Shooter Rogue Company Is Out Now In Early Access

The surprise launch of Rogue Company came as a part of the Summer Game Fest event.

The tactical hero shooter Rogue Company is now live in Early Access on PC, PS4, Xbox One, and Nintendo Switch via the Epic Games Store. Described as a "closed beta" by publisher Hi-Rez Studios, players must purchase access to the game in the form of a Founder's Pack, which starts at $15 and includes a variety of cosmetic items. The store page also notes that the game will go free-to-play at a later date, presumably at the end of the closed beta.

Like Valorant and Overwatch before it, Rogue Company's array of heroes--here termed "Rogues"--each offer a different set of skills that help them fill distinct roles in a fireteam. Based on early footage, Rogue Company allows players to customize their kit more than other games in the genre, particularly in the form of offensive and defensive gadgets that can make the difference between victory and defeat.

Rogue Company was also shown off in today's Nintendo Direct Mini, with gameplay footage focusing on hacker hero Glitch. The $15 Starter Founder's Pack only grants access to some of the game's Rogues, with the $30 Standard Founder's Pack including six extra characters. Given the stiff level of competition in the hero shooter genre, it remains to be seen if Rogue Company can find an audience. However, publisher Hi-Rez Studios previously managed to carve out a niche with their successful MOBA Smite, so it's not beyond the realm of possibility. 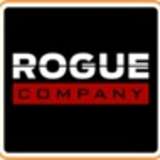