The crowdfunding campaign for System Shock Remastered will begin June 29 on Kickstarter, developer Night Dive Studios has announced. The date was revealed in a Facebook video, which doesn't feature anything beyond the logo.

As detailed previously by Night Dive studio CEO Stephen Kick, the studio has acquired the full rights to the System Shock franchise and has been working with Robert Waters, the original concept artist, to reimagine his designs.

"Seeing the difference between his artistic abilities back then compared to now, and his ability to reinterpret those ideas, its just been really exciting for us," he said.

The first gameplay footage of System Shock Remastered was released on March 15.

Night Dive Studios is also working on the upcoming System Shock 3, a brand new entry in the series. Deus Ex creator Warren Spector has joined the team to work on System Shock 3.

Night Dive Studios has also published System Shock 2 on Steam, along with other classic games such as Sid Meier's Colonization, The 11th Hour, and The 7th Guest.

System Shock and its sequel was originally developed by Looking Glass Studios. Ken Levine, one of the key creatives behind the project, has since created the BioShock series, considered by fans as a spiritual successor to System Shock. 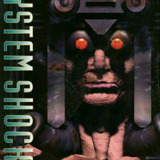