Nintendo's free-to-play game experiments continue this week with the release of Stretchmo, a puzzle game in the Pushmo series released through the eShop as a free download for Nintendo 3DS.

The game's first seven levels are available for free. After completing those, players will have the option to purchase additional levels individually or as part of various bundles. Pricing is available below.

Stretchmo advances the series formula of pushing and pulling blocks by, as it name suggests, allowing players to stretch blocks to help them advance through puzzles. Certain blocks can stretch from every side.

Stretchmo is not Nintendo's first free-to-play game. Earlier this year, the company released Pokemon Shuffle, a match-three style puzzle game in the vein of Bejeweled or Candy Crush. 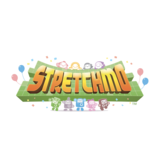