Having Faith in Your Games

Are games a sophisticated enough form of artistic expression to spark a serious and mature discussion around a topic as complex and ancient as personal faith?

The Gutenberg Bible. The Last Supper. The Ten Commandments. Christianity has managed to leave its indelible footprint throughout the history of artistic expression, whether you're staring up in awe at the ceiling of the Sistine Chapel or holding back tears during Scotty's rendition of "Amazing Grace" in Star Trek II: The Wrath of Khan. So if we are ready to defend games as art, why is it that video games seem sorely lacking in divine inspiration? Right now, the mention of such games is likely to conjure up images of Left Behind: Eternal Forces or Super 3D Noah's Ark. Such games are mere shells of popular genres melded with flimsy biblical lip service, with neither element necessarily making for a good game, Christian or otherwise. Plus, it's probably not all that appealing if the objective of a game boils down to "convert the heathens!"

But does that have to be the purpose of a Christian video game, to make disciples out of all nations, baptizing them in the name of the Father, Son, and Holy Spirit? Christianity has managed to embed its way into storytelling over the centuries without resorting to an unapproachable heavy-handedness. After all, did anyone walk out of The Matrix because of its over-the-top religious themes? (Walking out of the sequels doesn't count.) In fact, if we're playing it loose with the term "Christian video game," you might have already played one. Darksiders tackles its own version of the Book of Revelation, putting you in the shoes of War, one of the Four Horsemen of the Apocalypse. Dante's Inferno takes just as much poetic license in its portrayal of the religious epic the Divine Comedy. And ask anyone who has played Xenogears whether the game is pro or anti Christian, and you'll get a healthy discussion on religion that even an ordained pastor would have difficulty following. More recently, El Shaddai: Ascension of the Metatron unabashedly explores the apocryphal Book of Enoch in a story about free will, divine purification, and lots of aerial combat juggling.

While El Shaddai has been praised primarily for its outstanding otherworldly aesthetic and engaging combat, its unorthodox narrative deserves mention for weaving what would otherwise be an esoteric story into a captivating ballad. Enoch, heaven's resident human scribe, is called to return to Earth to hunt down seven fallen angels who have corrupted the world and threaten its very existence. Between eavesdropping on phone conversations between Lucifel and God and having your humanity taunted by bosses that appear out of thin air, you are pulled along by the story whether you're prepared for it or not. Most Christians would have difficulty keeping up with the original apocryphal text, so it's commendable that Ignition crafted a story that, while not the easiest to grasp, delivers a vivid yet sobering picture of the relationship God shares with his creation, humanity. As it turns out, Christian mythology is ripe for video game treatment. Just look at the tragic story of Samson: it's a God of War-ish tale where a divinely empowered hero lets his pride and lust steer him into a vicious and self-destructive cycle of violent ambition.

However, while Bible stories on steroids are easy targets for an engaging game experience, one game takes a different and more modern approach at humanizing a very real struggle at the core of any faith. The game Catherine dabbles with the good-vs.-evil element that has become a staple of many recent games (BioShock, Mass Effect, Fable), but instead of asking you to side with either good or evil, it poses the question differently. What do you value more, freedom in chaos or control in order? The protagonist, Vincent, faces this question as he struggles with his own infidelity after he wakes up next to a woman who is not his girlfriend. Each night Vincent confronts his burdens in the form nightmarish puzzles rife with gothic iconography, and you, the player, are prompted to bare your soul in a Catholic-style confessional booth with questions such as "Do you buy too much food when you're hungry?" "What do you think of actors in sex scenes?" and "Is popping bubble wrap fun?" Vincent's fate rests on your answers, and some of the endings are as entertaining as they are hellishly disturbing.

While Christianity is often painted as a firebranding "repent or perish" faith, it really is not that different from the theme found in Catherine. Choose to live freely according to human whims, or choose to abide by the order of a higher power. While trying to sell Catherine as a church-endorsed game would be grossly inaccurate, it is one of the few games that succeeds at personalizing the emotional weight of everyday sin, and that alone can prod a healthy discussion about faith. After all, exploring the effect of sin on man's relationship with God is pretty much what pastors preach from the pulpit each Sunday.

Unfortunately, one of the biggest roadblocks to worthwhile Christian-themed games is Christians themselves. Among conservative circles, video games still carry a stigma of sloth, wickedness, and depravity. As long as the church chooses to remain ignorant about seeing games as a legitimate artistic medium, you'll end up with games like The Bible Game. "But Christian games should be biblically accurate and family-friendly if they are to share the message of God's love." But isn't that what the Bible is for? The church should get over the fact that games will be filled with heresy and inaccuracies when it comes to portraying religion. If we can accept that double-jumps and extra lives aren't grounded in reality, then we can do the same with the worldly evils fictionally portrayed in-game. This isn't to condone that you fill your mind with a steady stream of smut and filth, but keep in mind that Jesus' own parables managed to pack a punch without always being squeaky clean.

Video games have come a long way from being just a diversionary form of entertainment. The Game Design Challenge at GDC this year asked three noted game designers for their take on how a game could be designed as a religion, or vice versa. And with movements like Games for Change and the Supreme Court decision behind Brown v. EMA, we should expect our games to be able to tackle serious subjects as complex as personal faith. Christianity gets its share of attention here simply because of its prevalence in Western media, but any religion should be open to a sincere discourse through the unique perspective only video games can offer. And in doing so we should recognize it's a disservice to both the faith and the player if such games end up as nothing more than religious tracts with power-ups and quick-time events.

We should expect our games to be able to tackle serious subjects as complex as personal faith.

El Shaddai and Catherine are just two examples of games that can actually be fun and engaging without being overbearing in exploring religious themes. And while they by no means encompass the comprehensive message of the Gospel, it's unrealistic and naive to expect such games to. Christians should not shortchange the storytelling potential of interactive entertainment simply because it grants players the chance to "sin virtually," but should instead recognize that games are rich vessels adept at intermingling emotion with narrative. Limbo vividly embodies a sense of loneliness; Bastion explores the notion of responsibility amid overwhelming loss; and Portal 2 speaks volumes about the strains of a mother/daughter relationship. A game that captures that unique and beautiful journey of personal faith would be a remarkable experience, indeed.

While not everyone is comfortable discussing their personal faith or their views about religion in a public forum, we certainly welcome those of you who are. Are there games that you feel have successfully broached the topic? Similarly, are there games that have disappointed you in their portrayal of theological or spiritual themes? Please let us know in the comments. 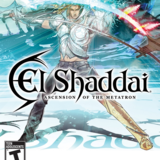 There are 576 comments about this story
Load Comments (576)