Have A Nice Death Gets World 5 Update Coming May 10, Adding Modern Warfare

A new update for Have a Nice Death sees you face off against the personifications of destructive fossil fuels and starvation.

The first major content add-on for Have a Nice Death is coming May 10, having been delayed from its previously advertised April 28 launch date. The Infrastructure Development Update adds the complete World 5, which is thematically stylized around the concept of death caused by modern warfare. Ahead of its release, I got to play through the Department of Modern Warfare and check out the rest of the new content coming in the Infrastructure Development Update.

It's all great--especially the new Department of Modern Warfare, which is incredibly challenging. I very much appreciated having Have a Nice Death lead game designer Simon Dutertre and narrative designer and marketing director Mérédith Alfroy on-hand to provide advice (and eventually take over when World 5 ultimately proved too tough for me and thoroughly kicked my ass).

Available in Steam Early Access, Have a Nice Death is a hand-drawn 2D action platformer roguelike where you play as Death, the founder and CEO of Death, Inc. After centuries spent on the clock, Death is burned out and in serious need of a vacation; however, he can't manage to get away with all the paperwork that keeps piling up on account of his lazy subordinates. He eventually snaps, and decides that he's long overdue for some respect--embarking on a rampage through the different departments of his company in order to remind his lackeys who's really in charge.

When Have a Nice Death first launched, it came with the full versions of the first four worlds and a brief tease of the Department of Modern Warfare. Now the full experience will be available to players, though Dutertre did cryptically tease that "this is just the beginning." The team is still working on additional post-launch content for the game, so, for now, Have a Nice Death is remaining in early access.

The Department of Modern Warfare adds three new enemy types to Have a Nice Death--a sentient missile launcher, an airplane pilot armed with a Gatling gun and bombs, and a fire-breathing piece of s**t that absolutely destroyed me the first time I ran into one. They're all cleverly designed and fit the game's deceptively charming-looking roster of dangerous foes.

I won't admit I like them. I'm still mad that they killed me.

The new Thanagers (Have a Nice Death's minibosses) are my favorite part of the update. I love me a good boss fight, especially when it's against something that reminds me of the butt-clenching encounters you can find in Hollow Knight or Iconoclasts.

Camille Flage, a Thanager of the Department of Modern Warfare, is probably my favorite new miniboss in a "this is completely terrifying but also really cool" way. Camille represents the starvation that can be caused by war, which translates into a frail-looking woman who skitters and leaps around you like a hungry spider, swiping at you with her nails and teeth with monstrous desperation. She doesn't behave like a human at all, and her arena is filled with the gnawed skeletons of hundreds of people.

The other three new Thanagers are nothing to scoff at, but they don't seem to deliver as terrifying a challenge in comparison to Camille. The Hall of Eternity gains Leon Clean, a custodian with a deadly vacuum cleaner. And the Industrial Pollution Department gets two new Thanagers: X4-H, a mass of living snot-like pollution, and Richard J. Barron, the ghostly remains of an oil tycoon that represents the loss of life caused by humanity's dependence on fossil fuels.

The Infrastructure Development Update also adds challenges in the form of Jocelyn, the spirit of the elevator that Death uses to travel between departments. Prior to starting a new run, you can talk to Jocelyn and she'll offer you a collection of challenges you can choose from to complete--completing the task nets you bonuses, while failing to do so results in a harsher consequence, like less health or mana for the rest of the run.

It all comes together to deliver a roguelike experience that seems to be a bit less same-y early on. Have a Nice Death is a hard game--I still can't naturally get to World 5 on my own--so you play through the first few areas many times. Jocelyn's challenges help shake up the gameplay a bit by giving you more small goals to pursue while striving to get further in any given run, and the new Thanagers joining the randomized roster of existing Thanagers means there's the potential for a greater variety for subsequent runs.

If Have a Nice Death didn't draw you in when it first launched, I doubt this update is what will pull you in--it's not so substantial that the game now feels 100% complete (which makes sense, given that it's still in early access). However, the Infrastructure Development Update adds enough new content to convince me--someone who enjoys Have a Nice Death and has fallen off a bit in the past month--to renew my grind to get through what's there. 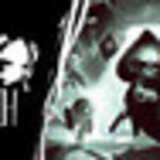