Take a look at the Ecto-1, Bug-Eye Ghost, and Fearsome Flush.

During the '80s, Kenner produced a line of Ghostbusters toys based on the original Real Ghostbusters cartoon. Now, Hasbro is re-releasing select toys from the line at Walmart. This includes the greatest toy toilet ever made, Fearsome Flush.

Hasbro sent us a few of the brand-new Kenner Classics Ghostbusters toys for us to check out. This includes the Ecto-1, Bug-Eye Monster, and of course, Fearsome Flush. Check out what you need to know below along with some ordering info. 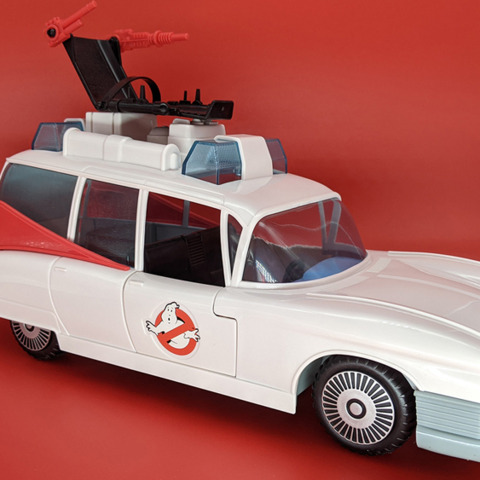 Hop on the train to yesteryear with the Ecto-1. It's made of hard plastic, begging you to smash it against your old Crash Test Dummies cars to prove that the Ecto-1 is the superior cartoon automobile. The driver and passenger doors open up and can fit two Kenner Classics Ghostbusters figures. You could also toss one in the seat on top of the car. I guess the fourth Ghostbuster could ride in the trunk--alone. Sorry, Ray Stantz.

The back door opens up as well and is multi-functional. The chair from the roof can fit in there, so your Ghosbuster can fire it's weapons at spooky ghosts chasing down the Ecto-1. Additionally, there's a claw inside the back which you can use to grab spectres and drag them behind the car. 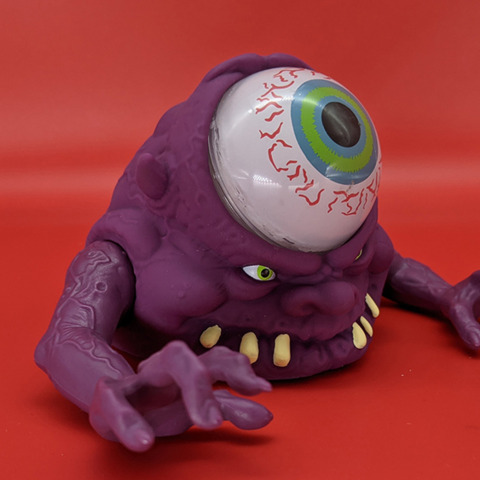 The re-release of the Bug-Eye Ghost is exactly as you remember it. It has two movable arms and no other points of articulation. However, the star of the show is the third eye that pops out on the ghost. All you have to do is smash the back of the ghost with your hand and the eye pops out. 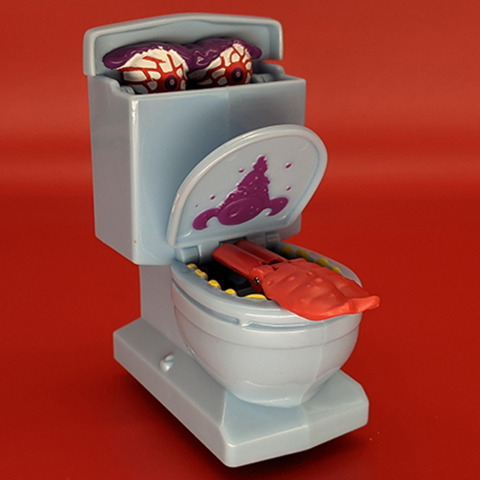 Finally, there's the toilet monster. Remember the toilet monster known as Fearsome Flush? It's a toilet that's roughly to scale with the rest of the Kenner Classics Ghostbusters figures. Imagine playing and deciding Ray Stantz needs to use the water closet. He sits down on the toilet, and it turns out to be a spooky ghost! Fearsome Flush has some wheels below it, and as you push it, the seat and back tank open up revealing the ghost.

One of the things that's really cool about these toys is the packaging. It feels straight out of the '80s, with the classic cartoon imagery all over the purple cards. Check out the packaging below, along with some more images of the toys. And yes, this includes Fearsome Flush in normal "toilet mode."

All of these new Kenner Classics Ghostbusters toys are available for purchase at Walmart. Additionally, there are more in the line you can pick up, including Slimer, Stay-Puft Marshmallow Man, Ray Stantz, Peter Venkman, Winston Zeddemore, and Egon Spengler.