Allegedly developed by the studio behind Disney Infinity.

With the exception of the recent Harry Potter mobile game (and Niantic's upcoming AR game), it's been several years since Warner Bros. Interactive has released a new video game adaptation of JK Rowling's popular series. However, it appears the publisher has an unannounced Harry Potter game in the works, and we may have gotten our first glimpse at it.

Reddit user VapeThisBro shared a video of the alleged new Harry Potter game online, which shows off character creation, spell casting, and open-world environments set in and around familiar Harry Potter locations. The video has since been removed from YouTube by Warner Bros., but mirrored versions of it are still available to watch, and while the quality of the video is poor, it still certainly looks intriguing.

Now Playing: Best And Worst Games Based On Films | Versus

Along with the video, VapeThisBro shared a synopsis of the alleged game, which suggests players will assume the role of a fifth year student. Shortly after arriving at Hogwarts, strange events begin to unfold in the Forbidden Woods, and players embark with a professor named "Elezar Fig" to investigate. The game also allegedly allows players to freely explore the world and decide whether to pursue a path of good or evil.

Eurogamer reports that the footage is indeed taken from an in-the-works Harry Potter game, and that the title is being developed by Avalanche Software, the studio best known for its work on Disney's 2013 toys-to-life title, Disney Infinity. Following Infinity's cancellation in 2016, Avalanche was briefly shuttered alongside all of Disney Interactive's other subsidiaries until Warner Bros. Interactive acquired the studio in early 2017.

Warner Bros. has yet to officially comment on the alleged leak, but the fact the studio is removing footage of it from YouTube suggests it's legitimate.

The most recent Harry Potter game, Hogwarts Mystery, is available now on iOS and Android. The title is a free-to-play RPG set before the novels, although it has been criticized for its exploitative implementation of microtransactions. Niantic's aforementioned Harry Potter game, Wizards Unite, is still slated to launch in 2018 and will offer similar AR gameplay as Pokemon Go. 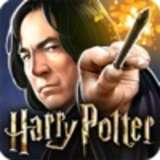