Hardspace: Shipbreaker Is Coming To Game Pass For PC

Players can discover all the fun of sudden cabin depressurization when Hardspace: Shipbreaker launches on May 24.

The physics-intensive spaceship scrapping simulator Hardspace: Shipbreaker is finally getting its official release. The game is coming out of a two-year stint in Early Access on May 24 and will be playable day one via Game Pass for PC.

For those who haven't heard of it, Hardspace: Shipbreaker is the latest title from developer Blackbird Interactive and publisher Focus Home Interactive. In it, players take on the dangerous job of scrapping spaceships, all of which is done in space. They'll have to navigate the innards of large transport vessels and smaller personal crafts, using the endless momentum objects carry in space to fling scrap into an incinerator and save any useful parts.

The job is also extremely dangerous. Some of these ships are still powered by massive cores, and some of them are still pressurized. Firing a laser that's strong enough to tear apart the metal plates of a spaceship into its power core has explosive results. Even worse though is what happens when a player cuts a hole straight into space while they're inside a pressurized cabin. It's a quick and messy way to go out, and every death is deducted from pay for the job.

Players will be able to discover all of the fun (and danger) that comes with tearing down ships and sudden cabin depressurization when Hardspace: Shipbreaker launches on May 24 for PC via Steam, the Windows 10 Store, and Game Pass for PC. Also coming to Microsoft's subscription service soon is Bugsnax, which is set to arrive on April 28 for Xbox Game Pass for consoles and PC. 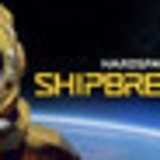