Marcus Lehto wants a studio where work-life balance is possible.

One of the reasons that Halo co-creator Marcus Lehto left Bungie was because of the extended periods of crunch that negatively impacted his life and wellbeing. Speaking during a roundtable interview for his new game, Disintegration--which launches into a technical beta tomorrow, January 28--Lehto said his new studio, V1 Interactive, is taking a stance against crunch. By doing so, they hope to do right by its employees for their health and happiness.

"One of the reasons I left Bungie--and I know one of the reasons people from the industry have joined us here at V1--is that many of us have seen the bad side of extended crunch periods that would go on for months and months ... and what kind of human toll that took," Lehto explained. "We don't want to experience that, we don't want to replicate that at all again [at V1]. So at V1, one of our primary goals with the studio is making sure that we create an atmosphere where everybody is intimately involved with what we're working on, so there is a lot of responsibility on everybody's shoulders. And everybody wears several hats."

"We also value, incredibly, the health of everybody here--both physically and mentally. Making sure they have that time outside the office to be with their family," Lehto added. "And we support them to be home when they need to be home, to go to their kids' school concerts and to have the weekends to themselves. That is a very important part to me, and it's one thing we've extended to everyone here at the studio."

"We also value, incredibly, the health of everybody here--both physically and mentally." -- Marcus Lehto

Lehto assured people that he and his team work hard, while he also acknowledged that the team pushes extra hard when milestones come up. However, these periods of extended working hours are limited to around "a week or so."

"It's not like we don't work hard--we work really hard. And at the end of every milestone, we maybe spend a week or so working extra hours," he said.

This kind of intense work schedule, so long as it doesn't lead to burn-out, can actually be a good thing, Lehto said. That's because it brings the team even closer together as they collectively grind on a particular objective. So long as these periods of crunch are few and far between, this can be a positive, Lehto said.

Bungie is known for its periods of crunch. Engineering boss Luke Timmins recalled to GI.biz in 2017 how the 18 months leading up to the release of Halo 2 in 2004 were "brutal" and nearly destroyed Bungie. The developer was crunching for nearly the entire 18 months, he said, and during that time, developers were spending at least 50 hours per week.

"The Halo 2 crunch almost killed Bungie as a company," he said. "It is the most I've ever seen humans work in a year and a half. It was brutal."

Bungie is said to have adopted policies and practices after that to lessen the instances of crunch, but it still happened. For the first Destiny, there was a "department-wide crunch" for the engineering team, Timmins said, though the team never had to crunch on any of the game's numerous expansions. Destiny 2 also had no "full, enforced crunch," he said.

In 2019, following Bungie's split from Activision for the Destiny series, Bungie announced it would delay a Destiny 2 patch so its developers did not have to crunch.

As for Lehto, he left Bungie in 2012 while the original Destiny was just getting started.

Going back to Lehto's new game, Disintegration, the first beta test for the FPS launches on January 28--here's how to sign up. The game, which is made by a team of around 30 people, mixes FPS and strategy elements to create a type of game that Lehto says has never existed before. You fly around the map on a "grav-cycle" while simultaneously commanding soldiers on the ground. Check out the gameplay footage above to see Disintegration in action.

Here are some other things Lehto said about Disintegration: 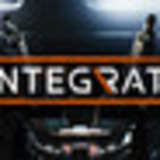