Hasbro is adding two more Halo-inspired Nerf Blasters to its growing Halo Infinite lineup, and you can preorder one of them now.

The Halo MA40 Motorized Nerf Blaster just recently launched, but Hasbro has already revealed two more Halo Infinite-inspired blasters set to launch early next year: the Bulldog SG Dart Blaster and the Mangler Dart Blaster. Both blasters release January 1, and preorders are live for the Mangler. You can check out both of the new Halo Nerf blasters below.

These blasters join a growing lineup of Halo Infinite merch, including an art book, Funko Pops, and Mega Construx building sets. The game itself won't release until sometime in 2021, but Halo Infinite preorders went live this week, including a Best Buy-exclusive bundle featuring a Master Chief statue and steelbook case. 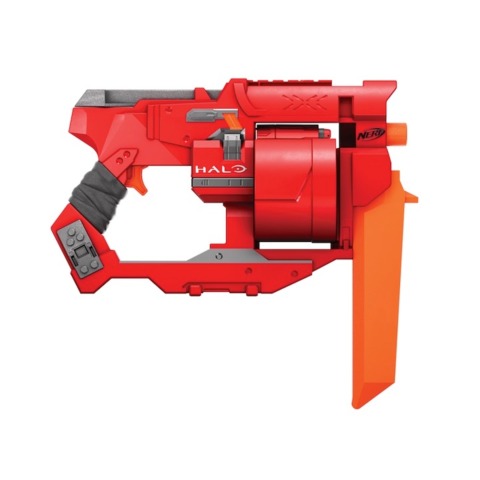 The Mangler is a Covenant weapon from Halo Infinite. It has a six-dart drum, and each pull of the priming handle launches one dart. The Mangler comes with a download code to unlock a Nerf emblem and weapon charm in Halo Infinite. It's available to preorder now at Amazon and Best Buy. 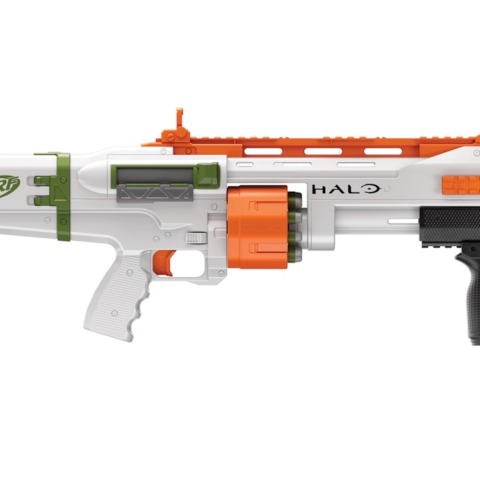 The Bulldog SG Dart Blaster is inspired by a UNSC weapon in Halo Infinite. A long gun, the Bulldog has a 10-dart drum that can be fired rapidly with the pump-action mechanism. It comes with a download code to unlock a Bulldog weapon skin and charm in Halo Infinite. The Bulldog SG Dart Blaster isn't available to preorder yet, but we imagine it won't be long before you can secure one for $35.