Halo Infinite Funko Pops Revealed--Here's Where You Can Preorder

A lineup of Master Chief Funko Pops are releasing this holiday, including a few retailer exclusives.

Though Halo Infinite won't be arriving on Xbox consoles this holiday season as originally expected, Master Chief will be available in Funko Pop form this fall. Funko has unveiled a lineup of Halo Infinite Pops, all of which focus on Master Chief. Three of the Pop figures will be available widely, while another trio will be retailer exclusives at GameStop, Target, and Best Buy. Check out all six of the new designs below. 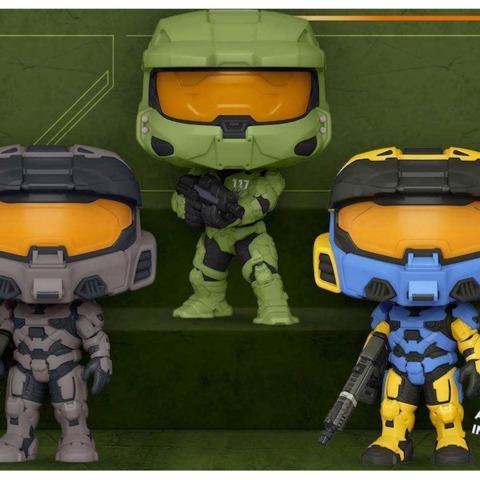 If you prefer your Master Chief Funko to be conventional, you can get a Pop with his standard green armor. There's also one with the new Spartan Mark VII armor and a VK78 Commando Rifle. A special Funko Deco variant--showing Master Chief in blue and yellow Mark VII armor--is also up for grabs. It's noteworthy not only because it's snazzy; it also comes with a code to redeem in-game content in Halo Infinite--our guess is the blue and yellow armor.

All three figures are available to preorder for $12 each at GameStop ahead of their October 12 release. 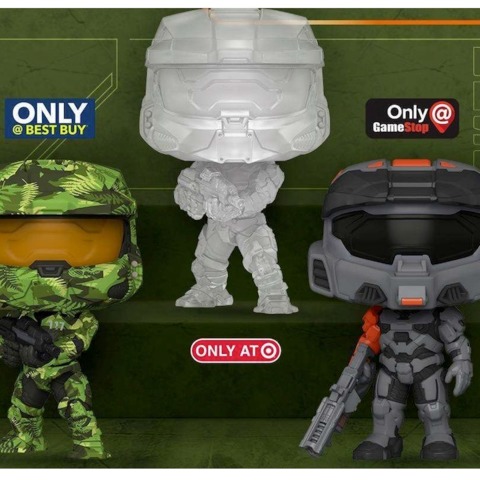 GameStop, Best Buy, and Target each have exclusive Pops that are sure to sell out fairly quickly--sadly, one is already gone.

GameStop's exclusive swaps the VK78 for the Shock Rifle and releases October 12 for $12.

Best Buy has a Hydro Deco variant with cool camouflage armor for $13. It's not available to preorder just yet, and it's unclear when it releases.

Target's exclusive, which features Master Chief in active camo mode for $9, has already sold out ahead of its December 7 release.

See at GameStop
See at Best Buy
See at Target