Early Access version gets you the first 85 percent (or so) of the campaign and multiplayer with six maps.

The teaser countdown on a website related to Half-Life fan remake Black Mesa has come to an end, and it's revealed a Steam Early Access version of the project that's now available.

$20 gets you the Early Access version of Black Mesa, which contains roughly 85 percent of the single-player campaign. This represents an estimated 10 hours of gameplay right now--everything up to the Lambda Core chapter. That means the Xen chunks of Half-Life still aren't here; they were also missing from the free, unfinished version of the game released in 2012.

The developer isn't saying how long it believes it will take to finish the remainder of the campaign. It'll involve working with the community, and its plans for Xen--maybe the weakest aspect of Half-Life--go further than simply recreating it.

"For the last 15 percent we want to not only recreate it, but improve upon it to make it an enjoyable and memorable experience," the Steam page explains. "We feel it will take us considerable time to get the last 15 percent up to our standards, and putting a time estimate on it would be a total guess."

Whenever the full version is released, it will offer the remainder of the campaign, more polish for the chapters set on Earth, and additional multiplayer maps and modes. There will also be a different price after Early Access ends, though what that will be wasn't announced.

Black Mesa started out as a Half-Life: Source mod almost a decade ago, with a playable (but unfinished) version being released in 2012. It was then approved for Steam Greenlight in 2013, though this is the first time Black Mesa has appeared on Steam's storefront.

The developers previously stated a free version of Black Mesa would be available alongside the one available for purchase, but the status of that version going forward is unknown. 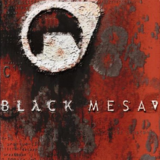