Designer/programmer Robin Walker fills us in on what to expect in the anticipated expansion pack for last year's blockbuster shooter.

If you played Half-Life 2, last year's blockbuster first-person shooter, then you know that the game ended in a cliff-hanger that left more questions than answers. The good news is that Valve is in the final stages of prepping Half-Life 2: Aftermath, the first expansion for Half-Life 2, due out later this year. Valve likes to describe Aftermath as a new "episode" for the franchise, and we know that it picks up immediately after the events of the main game. However, further details are few and far between, thanks to Valve's tight-lipped nature. That didn't deter us from throwing some questions at designer/programmer Robin Walker, and he helped fill in the bigger picture. For those of you who wish to remain totally in the dark about Aftermath, we should warn you that there are some minor spoilers below.

GameSpot: We know that Aftermath takes place immediately after the events in Half-Life 2, and we know that Alyx plays a big role in it. What else can you tell us about the expansion in terms of plot and setting?

Robin Walker: We don't want to spoil any surprises by getting into specifics. But to answer this in general terms, the entirety of the episode is set in City 17, and the driving force is the fact that, thanks to Gordon's actions at the end of Half-Life 2, the Citadel is about to give up the ghost in such a way that anyone left in the city will be killed.

GS: Some might be surprised to see that Alyx will return in Aftermath after the events in Half-Life 2, so can we also expect to see more of everyone's favorite Dog? How about any of the other major characters?

RW: Many of the Half-Life 2 characters will be returning in some form or another, including Dog. In some cases, such as Alyx, those characters have learned new things that have interesting gameplay repercussions.

GS: After the cryptic ending of Half-Life 2, we have to ask: Will we learn more about Gordon Freeman in Aftermath? The Combine? The G-Man? Can you promise that at least one big secret will be revealed?

RW: We will be doing what we usually do in these games, which is answering some old questions while raising new ones. Dr. Kleiner will be on hand with some informed opinions, as well as a bit of speculation.

Other mysteries will be introduced for the purpose of gradual revelation. We believe that theorizing about the meaning behind the clues in the Half-Life 2 universe, and the motivations of the characters within it, is one of the fun things about being a Half-Life 2 fan.

GS: In terms of length and number of levels, roughly how large is Aftermath compared to Half-Life 2?

RW: Half-Life 2: Aftermath is a new episode in the Half-Life story, so it's intentionally shorter than Half-Life 2. We're still finalizing the exact length, as this is the first time we've released a new episode for one of our games.

GS: We learned at E3 during the demo of Lost Coast that Aftermath will include high-dynamic range lighting, which should help the game realistically model the way the human eye reacts to light. But do you envision a lot more fun with the gravity gun and physics, and are there plans to introduce any new weapons, or any new items, options, or features that will make Aftermath's gameplay as distinctive as the gravity gun made Half-Life 2's gameplay?

RW: Aftermath adds a variety of new ways in which the player interacts with the Half-Life 2 world. Alyx, and other allies, learn new abilities to help you. Your enemies, both old and new, haven't been resting either.

GS: Will the original voice actors from Half-Life 2 reprise their roles in Aftermath?

GS: We know that Valve has a history of working with outside contractors to provide expansion-pack content for its previous work. Why the decision to make Aftermath in-house at Valve? Will keeping work on new Valve projects become the company's new standard operating procedure, or would Valve consider working with outside studios again in the future?

RW: Building a game like Half-life 2 involves building a lot of tools and technology. As we build them, we learn how to use them. By the end of the development, we know the tools much better than we did at the start, and as a result, we can build much cooler content. After Half-Life finished, we moved on to Half-life 2 immediately, which meant taking on a lot of new problems. This meant we didn't get to build that new Half-Life content we'd just learned to build, and we gave the fun of building it to other companies.

With Half-life 2 we decided to build that extra content ourselves. Right now, we're better than we've ever been at building Half-Life 2-type content, and we'd like to have the fun of doing it for a while.

GS: Half-Life 2 was a universally acclaimed game, but was there anything in the game that you wished you had more time to work on that you're setting out to fix or add to in Aftermath?

RW: The biggest regret we had about Half-Life 2 was that you didn't spend enough time with the major characters. Players spent small sections of the game with allies, and interactions with them were fairly constrained. As a result, this is the first challenge we set out to tackle in Aftermath.

GS: Are you planning to do anything special with the multiplayer gameplay? Any plans to expand on the existing Half-Life 2 deathmatch or add new multiplayer modes? Considering that Counter-Strike: Source, the upgraded version of the popular multiplayer game, came bundled with Half-Life 2, could we expect to see, oh, maybe, Team Fortress 2 coincide with the release of Aftermath?

RW: Aftermath is focusing on single-player. However, it's likely that some of the new pieces created for Aftermath will appear in deathmatch.

GS: So let us guess that Aftermath will be done when it's done? But any hints as to when that will happen?

RW: Should be done in a few months and available for everyone to play well before the end of this year. 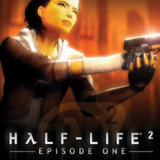