Well, that's one way to do it.

One Guitar Hero player has found a way to get around YouTube's copyright rules. After uploading a video of a perfect 100 percent play of Ozzy Ozzbourne's "Bark at the Moon" in Guitar Hero Smash Hits, YouTuber GuitarHeroFailure found that their video was removed on a copyright claim. Not to worry, though, as the user uploaded another video with "fixed" audio. We won't spoil the surprise for you, but it's very clever/funny. Be sure that the captions are toggled on to get the full effect (via GameZone).

"What a meme am i right???" GuitarHeroFailure wrote. No, sir, you are a success.

In other Guitar Hero news, the latest DLC tracks for Guitar Hero Live were released last week, including songs from Fall Out Boy, 5 Seconds of Summer, Sheppard, and Sky Ferreira. 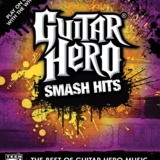