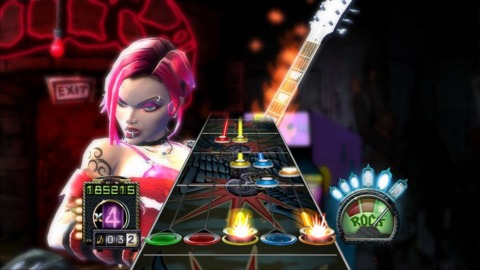 Although Activision Blizzard's World of Warcraft has generated more than $1 billion in revenue thanks to its 11.5-million plus monthly subscriptions, Guitar Hero III is the first to reach nine-digit figure in worldwide retail sales alone. It was helped to the milestone by the game's various configurations, which included a la carte software and pricier guitar-peripheral bundles.

News of the $1 billion milestone first surfaced at last week's Consumer Electronics Show, when Activision publishing president Mike Griffiths mentioned the figure. According to UK-based Edge Magazine, Griffiths also revealed that to date, 21 million songs have been download through Guitar Hero games, 9 million less than the rival Rock Band series. The executive also reportedly said that more than 141,000 songs had been composed and uploaded via Guitar Hero World Tour, the new multi-instrument installment in the series.