Guardians of the Galaxy Game Reportedly Coming From Telltale Soon

Would you play a Telltale Guardians game?

Marvel comic Guardians of the Galaxy will soon be reimagined by Telltale Games, according to one report at least.

Eurogamer reports that the game is currently under development, while GameSpot has also heard Telltale's Marvel title--first confirmed in 2015--will be an entry in the Guardians of the Galaxy franchise.

The match would make sense, with the Guardians of the Galaxy Vol 2 movie arriving in April 2017 and Telltale's aforementioned Marvel game also due out next year.

Though the leak--which originated from a document submitted by SAG-AFTRA, the voice actors' union--doesn't necessarily attribute the upcoming title to Telltale itself, the company apparently working on Guardians is also working on The Walking Dead: Season Three, another Telltale title coming November 2016.

If the leak is true, we may get a full reveal at The Game Awards in December--Telltale used the event in 2015 to lift the lid on Batman - The Telltale Series.

We awarded the most recent Batman episode--New World Order--a 6, with critic Tamoor Hussain saying, "Episode 3 fails to raise the stakes, present a fresh take on Bruce Wayne, or take the narrative in an interesting new direction." He did, however, say, "Episode 3's twist does just enough to warrant seeing the series through to the end." 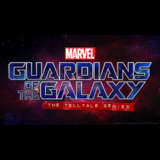