With the Hot Coffee scandal slowly disappearing over the horizon, Rockstar Games is slowly coming out from behind its stack of legal documents. Earlier this month, the publisher released the M-rated version of Grand Theft Auto: San Andreas for the Xbox and PC. Next month, Rockstar is taking the controversial franchise portable with Grand Theft Auto: Liberty City Stories for the PSP.

Today the publisher announced two more products in the GTA series: Grand Theft Auto: The Trilogy for the Xbox and Grand Theft Auto: San Andreas Special Edition for the PlayStation 2. Both games will be released on October 8 and are rated M for Mature.

PlayStation 2 owners will also get a dose of some revamped GTA action. A new M-rated version of San Andreas will be released as the Grand Theft Auto: San Andreas Special Edition. Rockstar has not yet announced a price point for the game.

In addition to losing the AO for Adults Only rating, the game will feature The Introduction, a featurette documenting events before the onset of GTA: San Andreas. The series of intertwining stories are told from the point of view of several of the game's characters, leading up to a drive-by shooting of Grove Street gang members.

Also on the Special Edition will be Sunday Driver, Rockstar's debut documentary film. The movie follows a low rider car club in the Los Angeles neighborhood of Compton. The movie was directed by Carol Strong, and it brings viewers into the world of The Majestics, a group that customizes cars in South Central. The film will also be released on UMD format for the PSP. 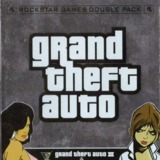