The new "Daily Grind" update adds a whole heap of new content to one of Apple Arcade's flagship titles.

Grindstone, an Apple Arcade launch title that remains exclusive to the service, has just received a major update full of new content. The Daily Grind update adds a new daily mode, as well as 50 new levels and more.

The new mode is a daily challenge with leaderboards, so you can log in every day and try to dominate. It's designed with long-term players in mind. You'll be able to access the new Shrine of Greed and fight your way through four levels to reach a high score.

The new levels introduced bring the game up to 230 levels total, and they can be unlocked with Grindstones. They'll likely be trickier than what was available in the base game. There's also new items to unlock, with a new Pickaxe and Goldrush Garb to nab.

There's also five new Gold Item Blueprints available, and you can get them by beating mini-bosses at the end of each new cave added in the update.

Grindstone earned strong reviews at launch, and has a Metacritic average score of 90. It's available only through Apple Arcade. 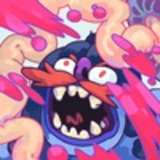