GRID 2 gets May release date and preorder bonuses

Upcoming racer GRID 2 will be released on May 28 in North America and May 31 in Europe, developer Codemasters has announced.

The release date arrives alongside myriad preorder offers at various US retailers. Customers opting for GameStop get the GRID 2: Turbo-Charged Edition, which dishes up two DLC packs: the McLaren Racing Pack and the GTR Racing Pack.

Meanwhile, Best Buy is giving out the IndyCar Edition, which hands players the keys to the Dallara IndyCar and the IndyCar Pace car alongside two new routes around the Indianapolis Motor Speedway Oval Circuit.

Amazon US, on the other hand, will provide the Head Start Pack, which buffs up the garage with a Mercedes-Benz SLR McLaren 722 GT and offers discounts for the game's car upgrade store and a bonus on Codemasters' social platform RaceNet.

Codemasters also announced that anyone who pre-orders GRID 2 at UK retailer GAME will receive the Brands Hatch Edition, which includes the McLaren Racing Pack and Head Start Pack.

"After four long years, Grid returns not just as a fast-paced street racer, but as an online experience that hopes to rank among the very best that gaming has to offer," wrote Mark in his GRID 2 preview last year.

GRID 2 will be released for Xbox 360, PlayStation 3 and PC. For more information on the game, check out GameSpot's previous coverage. 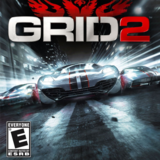