Grandia II Anniversary Edition will be available through Steam and GOG.com. The port is based on the original Sega Dreamcast version, published 15 years ago this month, and will be on sale for $14.99 for a limited time. After this, the game will cost $19.99.

Publisher GungHo chose to remaster and release Grandia II following a survey the company posted in April. In this survey, GungHo asked if players would be interested in PC ports of classic Game Arts titles, with Grandia II standing out as the most wanted port among the studio’s games. 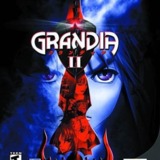