Grandia and Grandia 2, a pair of games originally released on Sega's Saturn and Dreamcast consoles, respectively, are coming to Nintendo Switch. The Grandia HD Collection will hit Nintendo's handheld-console hybrid on August 16, with a PC release planned for sometime later.

Both games will feature newly retouched details for the user interface, sprites, and textures, enhanced cinematics, Japanese and English audio tracks, and English language support along with new French and German translations. Japanese language support will be added in a patch, post-launch.

The Grandia games were Sega's answer to PlayStation having a lock on the Final Fantasy series, and the first game drew favorable comparisons to games like Final Fantasy VIII.

"Grandia is every bit as worthwhile as Final Fantasy VIII, just in different ways," Peter Bartholow wrote in GameSpot's review. "While a more casual RPGer might opt for Final Fantasy VIII, as Sony's sad ad campaign admits, Grandia is a fantastic game for anyone looking for a lighthearted, truly satisfying adventure." In GameSpot's Grandia 2 review, Frank Provo called the game a "solid RPG, even if it isn't as deep or difficult as the original." 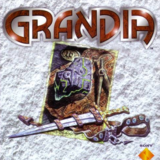