We got a look at all the various bells and whistles Polyphony Digital is bringing to Gran Turismo on PS5. 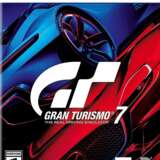 Gran Turismo is 25 years old. Over a quarter of a century, and more than 80 million copies sold, longtime producer Kazunori Yamauchi has strived to create a virtual driving experience as close to the real thing as possible. A month before the seventh numbered entry in the series drops, Yamauchi has revealed how he and his team are attempting to bring realism to Gran Turismo 7 and how he intends to bring car culture to the masses.

After Gran Turismo Sport had a somewhat bumpy beginning, GT7 will launch with a number of ways to enjoy single-player racing. Starting from a new world map (cross your fingers for a return of GT's signature smooth jazz menu music to go with it), players can leap to Licence Tests, Missions, World Circuits (34 to choose from, and over 90 layouts--including the legendary Trial Mountain), a tuning shop, custom modes, multiplayer, a used car lot, Brand Central (to buy and read about most cars), a Legendary Cars store for the iconic stuff, Sport, Scapes, Showcase (for sharing and downloading content), your garage, and, most interestingly the Café.

…players can, just like the old days, leap to the game’s core features from there.

Plenty of features are carried over from previous games, and the basic premise remains the same: buy a car, do your license tests, race, buy better cars, race more, win more, keep driving until GT8 is a thing. But Yamauchi seems to be thinking more about the wider world than simply of racing. He said in a pre-recorded video: "Today you won't find as many people talking about car culture anymore. Less people are talking about the beauty of cars, or focused on the fun of driving."

It's here that the Café comes in to play. Players are invited to sample 30 'menus,' each featuring a different type of car (Porsche 911s in one, BMC Minis in another, etc), and features their own driving missions. Once you complete a menu, you end up with a few new cars for your collection and will have learned something about the car and its history. The Café will also play host to various guest speakers of sorts--designers will 'drop by' to talk about the cars they worked on. Hearing, hypothetically, someone like Ian Callum, the designer of the original Aston Martin Vanquish, wax lyrical about his greatest hits would be something special, wouldn't it?

During a roundtable interview, Yamauchi revealed that while it's something of a roadmap to GT7's systems, the Café's there to help players form a deeper connection with the culture he holds dear: "The cafe's a place where you may meet some of the designers or the engineers that were actually involved, or actually created these cars that you've collected. So, what that is, it's a part of the car, or the culture revolving around the cars. And of course, we had the museum first appearing in Gran Turismo Sport. But this takes one step further, where you get to know the people that are involved in creating these cars." Much like real cars and coffee meets, or events like Monterey Car Week and the Goodwood Festival of Speed, Yamauchi wants to get as many people as close to the thing he loves as possible, to keep car culture alive for the next 25 years of Gran Turismo.

Sharing car culture goes a little further than the Café. There will be 'meeting places' and lobbies to congregate with friends, two-player local split-screen for settling sibling rivalries, and the Showcase to share liveries. By the sounds of things, Yamauchi is making it very hard to avoid getting wrapped up in his world.

While the focus of the game remains racing, Yamauchi seems keen to add modes that take the pressure off the player to post ever-decreasing lap times, and just enjoy their cars. In the new Music Rally mode, players are tasked with having a pleasant drive around a track of their choice while listening to one of GT7's myriad tunes. You start with a number of 'beats' on screen that decrease as you drive. Top your beats up by hitting various gates on circuit, and, hopefully, you'll finish the song. Fail to collect enough beats and it's game over. You're still against the clock, but one that gives you room to play and explore.

It wouldn't be a Gran Turismo game without tuning options to delight the deeply nerdy and terrify everyone else. In GT7, the list of things to tweak, fettle, and adjust appears to be just as massive and unnerving as ever. Thankfully, the game measures a car's Performance Points in real time using almost certainly incomprehensible maths. Once you've adjusted a setting, hit the big red MEASURE button on the stats screen and you'll see whether your tweaking has made the right kind of difference. Yamauchi said, "This is like having a minigame inside the settings screen and is one of my favorite screens out of the various features in GT7." You won't be able to share your settings via the Showcase though, as, Yamauchi said the different parts on cars might not sit well with another player's tinkering. The settings screen has been designed to be screengrabbed and shared, though.

Different parts on cars? Tuning is back, of course. With about 60 tuning parts per car, everything from a new air filter to suspension setups are available to turn a tiny hatchback into a surface-to-air missile--or, y'know, make your McLaren even more potent. Performance upgrades are all well and good, but if you're going to go fast you need to look the part. You can make sure your car's clean, sure, but you can also paint it in your preferred hue, or go wild in the livery editor. You're able to do more in the latter now, adding stickers in places you previously couldn't. What may appeal to the aesthetically minded are the 650 aerodynamic parts and 130 wheel types. You can give your old Beemer box arches now. If you're in to that kind of thing, that's unbelievably cool.

On PS5, GT7 will include a few technical tricks that'll make the most of the system compared to the PS4 version. Loading times will be much quicker, for one. There are two resolution modes to pick from: Frame Rate Mode that'll run as high as possible from a 60fps baseline in race and replays, and Ray Tracing Mode, which is best deployed when you want to focus on visuals instead of performance, such as while playing with the endlessly adjustable photo mode and the Scapes function, showing GT7's detailed models off in full 4K HDR ray-traced splendor.

The DualSense's adaptive triggers will offer greater feedback as well. Vibrations under 100 hertz will be run through your hands. In real-world terms, you'll feel the brake trigger lock up with your front wheels, and the controller is said to make you feel under and oversteer. Quite how GT7 does that remains to be seen--can a DualSense do a better job than a 'wheel? We'll see.

Sony's 3D audio tech, meanwhile, will work to put your ears in the game as well--boasting tech that'll make you feel as though the road is below, while competitors buzz by in real time.

All of that sounds very impressive, but what's most exciting for the GT hardcore may well be the used car lot. Just like the good ol' days, you start off buying a jalopy and working your way up the ranks. The lot will change day by day, and occasionally exciting cars will crop up--sadly, a 90’s Impreza WRX and the like are likely to be more spendy than a Mazda Demio. Yamauchi did mention that the Performance Points system might match unlikely cars though: "You can have a car that's really fast to begin with. But then you can take this really modest car and tune it to be just as fast as that car so that they can appear together in a race. Having an actual PP system that is well balanced will allow us to do that."

GT7's multiplayer aspects will be 'equivalent to GT Sport,' with various difficulty modes available for players of all abilities, too, so you needn't be overwhelmed by an overly aggressive AI.

When it comes to multiplayer, Yamauchi said "Gran Turismo 7 is equivalent to GT Sport in terms of what it offers.” For players tackling single-player, whether you’re new to the game or a seasoned pro, there’s an appropriate leaping off point: “When you first begin the game, the game asks you whether you want to start at the beginner, intermediate or on expert level. But those who have already played this series in the past would probably find it not challenging enough if you start on intermediate.”

There's lots to be excited about in GT7, from returning features to new twists on old ideas, but the overarching theme seems to be that Yamauchi wants you to care about cars as much as he does: "I really think it's important to really convey this culture and history to the next generation of people. I almost feel a responsibility to do that." We'll find out in March whether, with GT7, he and the Polyphony Digital team have managed it.