Kazunori Yamauchi adds that developing for PlayStation 4 is much easier than PlayStation 3.

Though he was once optimistic that Gran Turismo 7 could launch for PlayStation 4 this year, series creator Kazunori Yamauchi now contends that the racing game will be released for Sony's latest home console in 2015 or 2016. Yamauchi revealed the target launch window in an interview with GamesTM where he also discussed the differences between PS3 and PS4 from a development standpoint.

"Everything will be running naturally," Yamauchi said about Gran Turismo 7 for PS4. "PS3 was much, much more difficult. The high quality of data that we have being rendered on the PS4 I think is going to make an incredible difference."

Yamauchi went on to say that he and his staff at Polyphony Digital have a "clear vision" for Gran Turismo 7, which is "to do everything we couldn't do in GT6," he said. "We want to make it very Gran Turismo. By that I mean it's going to be a game that matches the very era that we live in, in 2015 or 2016."

Though Gran Turismo 7 might not be released anytime soon, Sony just last week launched a PS4 racing game in the form of Driveclub, from Motorstorm developer Evolution Studios. The game's release has not gone well, however, as online issues that popped up on day one continue to persist. 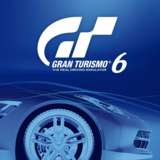