Gran Turismo 4 on for fall release

Sony nails down a season for Polyphony's new driving game.

A few more tidbits of information on Sony's upcoming racer, Gran Turismo 4, came out at a Sony press event held today. Among the revelations is an official release time frame for the game. GT4 is now officially on for a fall release in North America, which is a bit later than the June/July time frame previously guessed at by online retailers.

Information on online modes and other details weren't released, but it was once again confirmed that the game will be playable by six players and will also have some sort of "community" built around the racing so that players can chat and discuss the game or other automotive news. Additionally, the game will have support for the 40GB hard drive that Sony is shipping next month, though details on what enhancements hard drive owners will receive aren't available at this time.

We'll have more on Gran Turismo 4 as more details surface. 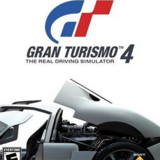