Grab Madden NFL 21 On Sale On The Day Of Release

Madden NFL 21 is officially out today, but if you know where to look, you can already find a deal on it. Walmart has a decent deal on the standard edition of the football sim. Madden NFL 21 is discounted to $50.94 on both PS4 and Xbox One at Walmart, which is the only discount available at any major retailer. 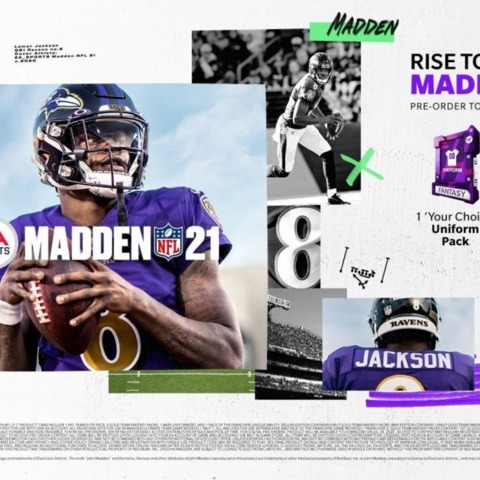 If you order now, Walmart is still offering release-day delivery, so you'll get your copy of Madden NFL 21 on August 28. In addition to the discount, you'll also get a few pre-order bonuses: a Superstar KO uniform, Elite Player Choice card pack, and five Gold Team Fantasy packs. Walmart also has an exclusive Baltimore Ravens Hall of Fame pack pre-order bonus, which comes with Ravens legends Ray Lewis, Ed Reed, and Shannon Sharpe to use in Ultimate Team.

Walmart regularly discounts new releases ahead of launch, but usually the price is $49.94. Still, saving nine bucks on a brand-new game is always a great deal. Amazon sometimes matches Walmart's prices on these new-release deals, but as of now that's not the case here.

Those who plan on sinking more time into Madden 21's Ultimate Team mode may want to consider the Deluxe or MVP editions. They come with a bunch of extra goodies, and you can start playing today. Meanwhile, EA Play subscribers have been competing on the gridiron for the past few days already. For a full breakdown of the various editions and bonuses, check out our Madden NFL 21 pre-order guide.

EA Sports is offering free upgrades to the next-gen version of Madden NFL 21 with the purchase of the game on PS4 (upgrades to PS5) or Xbox One (upgrades to Series X).