Get the entire Frostpunk experience for 50% off.

Steam's having a big Lunar New Year sale right now, with discounts across a huge swath of PC games. Among those many games is survival city-building Frostpunk, which recently got its first major expansion, The Last Autumn.

For those who haven't played Frostpunk yet, the base game is discounted from $30 to $12. Alternatively, you can grab the Game of the Year Edition for $32.81 (was $64.96). The GOTY Edition includes the base game plus the season pass, which comes with The Last Autumn, the upcoming "Project TVADGYCGJR" expansion, a mini-expansion that adds an endless mode, the official soundtrack, and a digital art book.

If you already own Frostpunk but haven't picked up The Last Autumn yet, the season pass is also on sale separately for $24.47 (was $34.97). A prequel set before the cataclysm, The Last Autumn adds a fresh environment, a pair of new Books of Laws that influence the story and your progression, and additional buildings and technology.

In GameSpot's 2018 Frostpunk review, writer Daniel Starkey heaped tons of praise on the engrossing city-builder. "Frostpunk is among the best overall takes on the survival city builder to date," Starkey wrote. "Its theming and consistency create a powerful narrative through line that binds your actions around the struggle to hold onto humanity in uncertain times."

Frostpunk and the rest of the games in Steam's Lunar New Year Sale are discounted until January 27 at 10 AM PT / 1 PM PT. 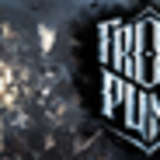