Prime Day 2021 has brought another opportunity to pick up some of the best Xbox games for dirt cheap. Amazon has slashed the price of the Xbox Digital Game Bundle to $40. It comes with Forza Horizon 4, Halo: The Master Chief Collection, and Halo 5: Guardians. It normally goes for $95, but if you're a Prime member, you'll get the bundle for only $40 at checkout. But make sure you hurry, as the deal ends tonight at 12 AM PT / 3 AM ET. You can also get this bundle with the Xbox Series S for $340 (the Series S is available at Amazon by itself for $300, too). 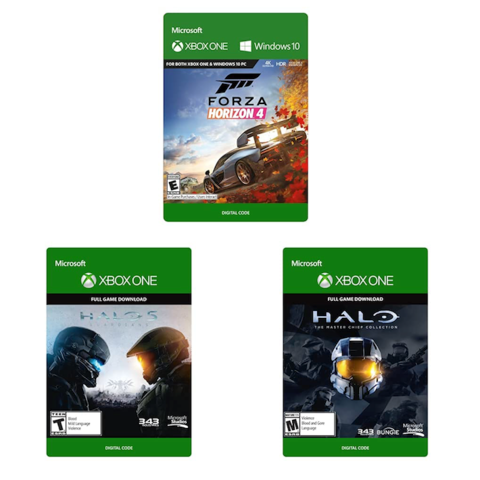 This deal essentially matches the prices we saw during Xbox's Deals Unlocked sale at major retailers--both Halo games were $10, while Forza Horizon 4 was $20. If you missed out on those deals, now's your chance to stock up for cheap. You're getting the entire Halo saga thus far (six games total) as well as one of the best racing games on Xbox One and Xbox Series X.

It should be noted that all three of these games are available on Xbox Game Pass. Instead of buying digital copies of these games, you could subscribe to Xbox Game Pass Ultimate and gain access to them and hundreds of other games. Right now, Microsoft is offering three-month subscriptions for $1 to new subscribers. If you've already subscribed in the past, you can pick up a three-month Game Pass Ultimate subscription at Amazon for $30, down from $45, until the end of the day.