One of 2021's best games is now available on Nintendo's hybrid console by way of streaming.

One of 2021's best games, The Forgotten City, is launching today on Nintendo Switch as a cloud title. The game is out now for $30, but you can grab a free demo to give it a shot before buying.

The Forgotten City originally released earlier this year across PC, PlayStation, and Xbox consoles, and now Switch owners are getting a chance to jump in. The game is streamed to Switch from the "best-looking PC version," so Switch players are getting a better experience than what might otherwise be possible based on their local hardware, at least in theory.

The Forgotten City is developed by Melbourne-based independent studio Modern Storyteller and published by Dear Villagers. For those just catching up, it is a narrative-focused murder mystery game featuring a timeloop mechanic.

"Trapped in a secret underground city during the Roman Empire, 23 lost souls cling to life. In this precarious utopia, if one person breaks the mysterious Golden Rule, everyone dies. Players must relive the city's final moments in an endless loop, changing the course of the day with each secret they uncover," reads a line from the game's description. "Combat is an option, but violence will only get them so far. Only by cleverly exploiting the time loop and making difficult moral choices can they hope to unravel this murderous riddle."

The developers worked with experts Dr. Philip Matyszak and Dr. Sophie Hay on the game to improve its realism and authenticity. 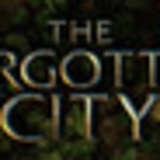