The haunting puzzle adventure game is coming to Stadia.

Google shared a wealth of new information about its upcoming cloud gaming platform, Stadia, during its inaugural Stadia Connect presentation on June 6, just ahead of E3 2019. In addition to revealing pricing details, the company showcased a few of the games coming to the service, including a new exclusive title from Rime developer Tequila Works called Gylt.

Billed as a "haunting single player puzzle adventure game," Gylt places players in the role of a young girl named Sally, who must explore an unsettling world in search of her missing cousin, Emily. Few other details about the game were revealed, but we did get a look at its atmospheric gameplay in the trailer below.

Gylt wasn't the only game Google showcased during the Stadia Connect broadcast. The company also confirmed that Ubisoft's recently announced open-world shooter, Ghost Recon Breakpoint, is coming to the platform, as are two fighting games and the rumored Baldur's Gate 3. Destiny 2 will also be available on Stadia along with all of its content and new Shadowkeep expansion. The Stadia version will let you import your Destiny 2 character saves.

There were many more announcements from the Stadia Connect broadcast. Google also revealed the Stadia Founder's Edition, which will launch this November for $130. The Founder's Edition will be the only way to play Stadia at launch, but there will also be a Stadia Pro subscription that gives you access to a library of games, as well as a free version called Stadia Base--although that won't be available until next year. 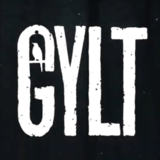