Google has acquired British startup Deep Mind, an artificial intelligence company founded by chess prodigy and game designer Demis Hassabis. The Associated Press reports that Google's London office confirmed the purchase, but declined to specify an acquisition price, believed to be around $500 million.

Hassabis got his start in the game industry with Bullfrog Productions, where he worked on the original Syndicate, as well as Theme Pack and Black & White (with Lionhead Studios) with iconic game designer Peter Molyneux.

In 1998, Hassabis founded and ran his own 60-person game company, Elixir Studios, where he created games like Republic and Evil Genius. The studio shut down in 2005, at which time Hassabis started a new career in the field of brain and memory research. 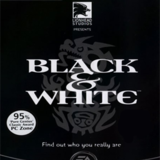