Gone Home Studio Director Steps Back Amid Report About Misconduct

Steve Gaynor admits his leadership style was hurtful to employees after former developers speak about the "controlling" environment at Fullbright.

Fullbright, the independent developer behind beloved games like Gone Home and Tacoma, has announced that co-founder Steve Gaynor is stepping back from day-to-day duties in the wake of employees documenting a string of issues with his conduct.

Fullbright is currently developing a new game called Open Roads, a mother-daughter road trip game that will feature Keri Russell and Kaitlyn Dever and is published by Annapurna. In a statement posted to the game's account, it was confirmed that Gaynor is no longer the creative director or manager on the project. He is now a writer, with day-to-day management and creative director-type decisions for Open Roads to be made by other members of the team.

This changed happened earlier this year, and it's coming to light now at the same time that Polygon ran a story featuring comments from 12 former employees who said Gaynor's conduct was at least partially the reason they left the company.

Some of these former employees told Polygon that the working environment at Fullbright felt "controlling" under Gaynor's management. "Staffers felt undermined and demeaned by Gaynor," the report said. Those speaking to the site said they did not experience or see sexual harassment or direct sexism. Instead, "The studio's toxic culture hid behind the veneer of inclusivity, as women were allegedly repeatedly broken down by microaggressions," the report said.

In his own statement on Twitter, Gaynor said, "My leadership style was hurtful to people that worked at Fullbright, and for that I truly apologize."

He added: "Stepping back has given me space and perspective to see how my role needs to change and how I need to learn and improve as part of a team, including working with an expert management consultant, and rethinking my relationship to the work at Fullbright. I care deeply about Open Roads and the Fullbright team. I’m sad to have stepped back from day-to-day development of Open Roads, but it’s been the right thing to do. The Open Roads team has my full faith and support as they bring the game to completion."

Open Roads promises "classic road trip vibes" and a "groundbreaking art style" that includes hand-animated characters. "In Open Roads, players will experience the story as 16-year-old Tess Devine, on a road trip with her mother, Opal, to discover what has been left behind in evocative places forgotten to time," reads a line from the game's description. "Together, they'll explore a series of long-abandoned family properties, unearthing a mystery much darker than either of them imagined. Opal and Tess's relationship has never been easy; in their search they'll discover not just the truth they've been seeking, but each other."

Open Roads was announced for release in 2021 on console and PC, though whether or not it will still launch on time remains to be seen.

This story comes to light as Activision Blizzard faces a lawsuit from the state of California alleging that the Call of Duty and World of Warcraft company has a "frat boy" culture that includes harassment of women. 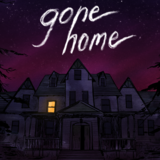