Earth makes for a great golf course when it has been rendered inhospitable to human life.

What do you do when you have a desolate planet bereft of life? Play a few rounds of golf of course. That's the story behind Golf Club Wasteland, in which players can grab their trusty driver and head down to a ruined Earth for one final round of golf. Jeff Bezos would probably approve of this.

Between each hole, there'll be a story to uncover, one of consumerism, Silicon Valley culture, and ecological disaster as told through custom radio show-style soundtrack and environmental storytelling.

Developed by Demagog Studios, Golf Club Wasteland's gameplay will focus on each hole offering its own little story and possible puzzle to sink the perfect shot, with players navigating through monuments, crumbling shopping malls, and abandoned museums between each swing of their club.

Three distinct modes will be on offer, ranging from a casual experience that lets players focus on the story and the scenery around them, a more intermediate mode that adds extra challenges such as beating each hole under par using skill, and Iron Mode which has close to zero room for error.

Demagog says that the game features easy-to-grasp controls and a minimalist UI underpinning the whole game so that anyone can easily pick up and play at their own pace.

Each copy of the game will include a digital Golf Club Wasteland Official Soundtrack plus a Graphic Novel Art Book that further expands the backstory of the lone golfer Charley. Golf Club Wasteland will be available on PC, PS4, Xbox One, and Nintendo Switch, as well as Xbox Series X|S and PS5 through backwards compatibility when it launches in August 2021.

Despite the grim subject matter, Golf Club Wasteland sounds like the type of game you'll see more of at this week's Wholesome Direct showcase, one of many livestreams which will be on this weekend as part of E3 2021. 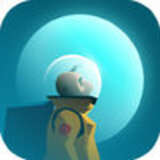