Find out why it took Camelot more than seven years to come out with a follow-up to the series.

The last Golden Sun game, Golden Sun: The Lost Age, may have come out a little more than seven years ago, but that doesn't mean fans have forgotten the beloved series. Developed by Camelot, the first Golden Sun and its sequel followed the lives of the silent protagonist Isaac, his close friend Garet, Ivan, and Mia. The Lost Age was a direct sequel to the first game, but Dark Dawn picks up 30 years later, where you play as the children of The Lost Age's heroes: Matthew, Karis, Tyrell, and Rief. Newcomers to the series can read up on the lore via the in-game encyclopedia, but those who have been anticipating the return of Golden Sun for years can read on to see what game designer/producer Hiroyuki Takahashi and assistant producer Yuya Sato have to say about Golden Sun: Dark Dawn.

GameSpot: It's been awhile since the last Golden Sun game. Why did it take so long for a third?

Hiroyuki Takahashi, Camelot: Development of the former Golden Sun games was really intense due mainly to their enormous background and storyline. The great reception we received--both critically and commercially--especially outside of Japan, gave us a lot of energy on the development side. So we naturally had an idea of a sequel at that point in time, and we would have never imagined we would keep you waiting for such a long time!

I must confess I was actually a little burned out right at that time of the release of the last game. It took so long to develop that we had finished the most of energy design. In details, it took four to five years for conception before we actually started development…or even more years, if we include the period we only had vague ideas. Maintaining the quality is a mission for Camelot--a role-playing game-focused developer. We felt that more than ever as we were developing Golden Sun. So the fact is we needed to cool down before we could really begin on Dark Dawn. And then, in every aspect, the timing was right, and I believed we could develop with really fresh feelings.

GS: How was it developing for the Nintendo DS? What were the features that you were most excited to take advantage of that you couldn't do before?

HT: The Nintendo DS contains various features, which were seen in the Game Boy or Game Boy Advance, and we had the highest interest in the touch screen. Traditional controls using buttons and D pad have been--without any doubt--the most suitable method for intuitive input. So we tried to put emphasis on touch-screen control along with traditional input as we thought it would add new gameplay to Golden Sun. We also aimed for a perfect compatibility between button and touch-screen inputs. There may be times where you find it appropriate to switch control methods, depending on the situation.

GS: What was the decision behind adding more than 70 djinn to the game? How did that affect game balance?

HT: Djinn hugely affect combat. For players who heavily use djinn attacks, the variation of djinn will have a big impact on how they play. Even for those who do not use djinn often, the additions will give them new options for character ability or skill customization. I know there are other players that enjoy collection, so getting them all may also be fun for some. Even though it will be satisfying enough to complete the collection, I would like players also try djinn attacks or various combat actions they enable, including summoning spirits.

Sato Yuya, Nintendo: Just to be safe, more than 70 is the number of djinn in this title, which includes both traditional ones and new ones. Some of the new djinn can use new djinn attacks, which were not available in the older titles, so I would like players to also utilize them.

GS: What kind of additions are you including for fans of the series?

HT: The previous Golden Sun titles were popular on a global scale. We imagined that many titles would follow the Golden Sun style, but in actuality, this did not happen! I think it was because Golden Sun's strengths were not superficial and therefore difficult to imitate. Actually, the games required a large workforce to design systems and handle programming. If they could mimic the game where players can utilize energy-like forces on the map…it is another challenge to design and program unique dungeons, which requires endurance, teamwork, and adept skills! For Dark Dawn, we have added many new mechanics focusing on the intuitive use of energies or quests, which will challenge a player's imagination through plural abilities and effects for a single energy. These things may simply look like an extension of the former titles if you are playing in a normal manner, but we have developed them with a much larger workforce and imagination than those for older games. Please keep in mind that a much larger team worked on Dark Dawn, resulting in benefits that the player may not be able to immediately notice.

SY: In Dark Dawn, characters from the older titles will come back, so you can enjoy seeing how they have grown up.

GS: Any plans to continue the series after this one is out?

SY: I'm really sorry that I can't offer any details on the future of the series. We would like to consider the possibility of sequels by assessing the feedback from fans and players.

GS: What are some of your fondest memories when developing this series? Did it all turn out the way you planned and did you expect the kind of reception that it has received?

HT: We visited several UNESCO World Heritage sites during the development of the game. It gave us an un-ignorable influence on story creation and the realism of the storyline. It's really not how we planned it initially. Several years after the last Golden Sun game, Camelot--once called an RPG-specialist developer--might have missed some of the know-how. It must be one of the reasons why the development did not go as we planned. Although the absence was negative in some ways, it was not entirely bad. With all the prior experience "reset" after the absence, we were able to review so many things, and it actually gave a positive influence on our user interface or presentation where we took a bold new direction. But more than anything, the storyline was given the largest change, becoming more dramatic.

GS: Thank you for your time! 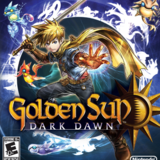