Electronic Arts' latest lets gamers expand their turf beyond the Big Apple to Florida and Cuba.

Even before the first Godfather game was released in 2006, Electronic Arts was already talking sequels. In June, EA CEO John Riccitiello confirmed that the Godfather II is indeed on the way, and today the publisher fleshed out a few details on the game, including a release window and platforms.

Set to launch in February on the Xbox 360, PlayStation 3, and PC, The Godfather II is "inspired by the film and Mario Puzo's Corleone family drama." As in the film, the classic mob saga will be set against the backdrops of New York, Florida, and Cuba.

Players will once again roam open-world environments as the newly appointed Don of New York. In keeping with the new position of leadership, players will handle strategic organizational aspects of the mob, like establishing and maintaining criminal endeavors and creating a stable of Made Men.

That doesn't mean players won't get their hands dirty. Electronic Arts is promising "even more visceral hand-to-hand brutality," as well as new combo mechanics and more pressure tactics and executions.

For more on the first game, check out GameSpot's review.

[CORRECTION]: We originally reported that players would play as Michael Corleone. In fact, they play as a member of the family appointed to the Don of New York position by Corleone. 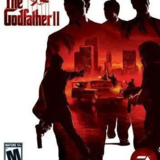