God of War returning to PSP

Ghost of Sparta will be Ready At Dawn's follow-up to its 2008 award-winning portable installment, Chains of Olympus.

For years, the PSP has routinely finished second-to-last on the NPD Group's monthly US game sales report. According to analysts, one major reason for the portable's slow sales is a lack of regular top-tier software releases. 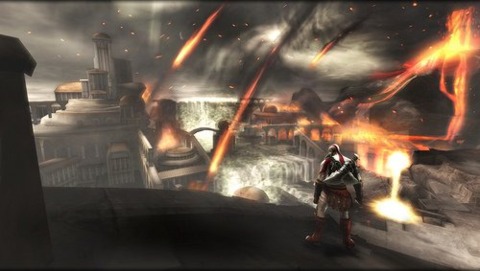 Today, Sony Computer Entertainment announced it was bucking the aforementioned trend by bringing one of its flagship franchises back to the PSP. The US branch of the first-party publisher revealed God of War: Ghost of Sparta is in development at Ready at Dawn, the Irvine, California-based studio behind the 2008 PSP hit God of War: Chains of Olympus (see video review below).

Due out "later this year," Ghost of Sparta will feature an all-new storyline set between the PlayStation 2 games God of War and God of War II. It will follow the series' protagonist, the ruthless Spartan warrior Kratos, as he assumes the reins of power as the Greek god of war after killing the previous title-holder, Ares. Over the course of the game, various parts of Kratos' backstory will be revealed, including the origins of his scar and tattoo. 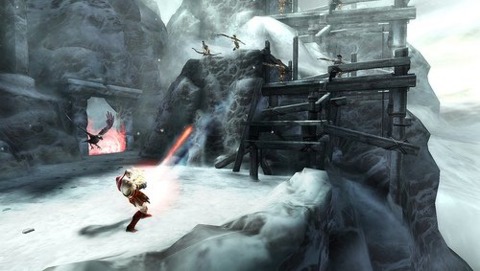 The Ghost of Sparta announcement comes one month after Sony announced the last console installment in the series, God of War III, sold 1 million copies worldwide. Two weeks later, the March NPD report showed the game had sold 1.1 million units in the US alone in just two weeks.