Best Of 2021: Gnosia's Weaponization Of Monotony Is A Storytelling Triumph

A single-player social deduction game for the Switch delivers one of the most unique experiences of 2021.

Social deduction in video games reached an apex in 2020 thanks to Among Us, Innersloth's multiplayer madhouse featuring treacherous, colored beans. However, one year prior the PlayStation Vita saw a Japan-only release that also focused on sniffing out impostors from a large group, only this time the game was a single-player affair. The game was Gnosia, developed by Petit Depotto, and this year it made its way to the West after being ported to Nintendo Switch. What seemed like a simple "find the impostor" game on the surface quickly grew into one of the most fascinating experiences of the year, one that showed me something I previously thought impossible: the benefits of monotony.

Gnosia is set on a ship adrift in space, its inhabitants plagued by a malevolent alien race. The titular Gnosia have taken the place of some of the ship's crew, and it's up the player to deduce who amongst the crew is a human and who is planning to kill everyone on board. Succeed and everyone still alive is saved, fail and the Gnosia take over the ship and offer it as a sacrifice to their alien deity.

Based on that description, you might wonder if the game is an hour long, but there's a big twist: everyone on board is stuck in a time loop, going through the same cycle of deduction, discovery, and, at times, disaster. Only you and one other crewmate know about the loop, and are working to send the Gnosia packing and end the loop once and for all. However, ending the loop requires fulfilling certain parameters, like the player fulfilling a certain role or specific numbers of Gnosia in the group, which then unlock pieces of each character's backstory. Unlock them all, and the loop can be broken.

Eventually you'll be able to directly control the parameters of each loop, letting you choose how many crewmates there are, how many of them are Gnosia, if other roles--including Guardian Angel or Bug--are included, and more. You'll then enter the loop, play until a result is reached, set the new parameters, and play again. Some players can dig out all of the story beats in around 100 loops total, others might need closer to 150, but no matter how many times you need to enter the loop, one thing will always persist: repetition.

The game's core cycle of debate, vote, after-debate dialogue, and death lends itself heavily to repeated sequences. Sometimes a debate cycle will have the exact same dialogue as the one before it, which will then be replicated by the next cycle. This repetition slowly devolves into monotony, and eventually you may find yourself tiring of Gnosia's reliance on reiteration. Even when you can choose the specifics of a cycle later in the game, the core gameplay loop will hold a lot of familiar elements. This may be a non-starter for some players, as monotony isn't the best attribute for any video game, but the way Gnosia weaponizes this repetition is utter brilliance.

While the loops are filled with different characters using the same lines, full conversations playing out exactly the same way through multiple debate points, etc., the moments where it breaks from that blueprint--when you fulfill the special parameters and unlock a new backstory scene--create a jolt of energy that's hard to describe. Seeing a new scene play out after multiple loops of nothing is exciting, forcing you to zero in and focus on what exactly is being explained to you. You give the scene your undivided attention, as you're finally gaining some new information and getting one step closer to the endgame. Think of a time when a piece of news surprised you so much it forced you to sit up and read intently; that's the same sort of energy you'll find in Gnosia's loops, only this time that energy is scattered across a 10- to 15-hour video game and usually bookends some uninteresting or repetitive dialogue.

This right here is the beauty of Gnosia: its weaponization of monotony. The game takes the repetition baked into its core gameplay loop and uses it to its advantage, making its important plot points that much more significant. It lulls you into a stupor, putting you into a state of "going through the motions" as you play through unsuccessful loop after unsuccessful loop. You might even start rushing through dialogue, becoming so accustomed to what the characters say that you assume you can mash the button through and not miss anything. The game becomes dull, boring even, and you might think it's not worth seeing it through to the end… and then, out of nowhere, the girl Comet–whose colorful tattoos have existed as a simple detail over numerous loops–goes into her room and suddenly those tattoos sprout from her body and take over the ship. Or through dialogue you find out the heartbreaking reason why the girl called "SQ" is named that way. Heck, if you fulfill a certain requirement, you can force the entire universe to collapse in on itself, which is as interesting as it is silly.

It's that jolt from the monotony that makes going through the motions worth it in the end, as learning the backstories of these characters--the stories ranging from strange to downright tragic--is the key to breaking the cycle once and for all. It also helps that every one of these stories is inherently interesting, providing extra incentive to wade through the endless loops of deduction in order to find them. It will take patience--especially when the game's AI inadvertently sabotages an attempt at a story beat and forces you to start the loop over again--but the game's incredibly satisfying story rewards that patience in the end.

Gnosia is a unique game; it's hard to make any real comparison to it. It's a mixture of Phoenix Wright, Danganronpa, Among Us, and since we're talking about time loops, even Fortnite. However, what makes Gnosia great is its approach to storytelling, feeding you bite-sized morsels of narrative through a mechanic that thrives on monotony and repetition to create a false sense of routine, only to snap you out of it in an instant. It's one I'll think about for a long time, over and over again–which is honestly very appropriate. 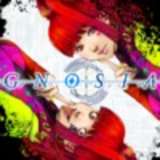