Glover Is Coming Back, For Some Reason

The 1998 N64 game Glover, where you play as an animated glove, is coming to PC this year.

Of all the games that were likely to get a re-release in 2022, N64 title Glover was not high on our list. The 1998 game is soon to release with a new version on PC, however, which will be out on Steam on April 20.

Glover is a N64 game that was developed in the '90s by Interactive Studios and published by Hasbro. The game saw players take control of the titular Glover, an animated, anthropomorphic white glove. In the platformer, Glover was tasked with guiding a magic ball through a number of levels by bouncing, dribbling, rolling, or throwing the ball to make it through to the final checkpoint.

While Glover was generally well-reviewed on release, GameSpot's original review of the title was less glowing, only awarding it a 5.1 out of 10 due to its "frustrating" mechanics. The game overall was well-received, enough that a sequel was announced and began development, though Glover 2 never ended up seeing a release.

Finally the wait is almost over. The #N64 Era Cult Classic Glover is coming soon! This version of #Glover is a completely redone from the original source code (N64 version of the game), and improved for modern PCs.#remaster #RETROGAMING #Nintendo64 pic.twitter.com/awbq00ALHr

The new version of Glover for PC has been developed by studio Piko Interactive, a company that claims in its Twitter bio to "buy old Intellectual Property to make cool stuff!" The game's Steam page says that the new version of Glover has been completely remade from the original N64 source code, with improvements for modern PCs. Back in 2018, Piko also announced that it would be working on finishing Glover 2 for release, though not much else has been announced on this front.

The re-release announcement hasn't been without controversy after Piko Interactive earned the ire of game preservationists. While Piko has said that its mission aligns with game preservation, describing it in a tweet as "commercial preservation," it has been criticized for issuing takedown notices and legal threats to people who have released unedited prototypes or betas in the interests of preservation. 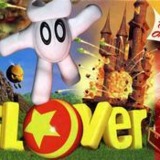