Ghostwire: Tokyo Preorders Are Available Ahead Of Its March 25 Release Date

Ghostwire: Tokyo launches on March 25 for PlayStation 5 and PC, and preorders are now available from numerous online retailers. There are two versions of the game available: the standard edition that includes just the base game, and a deluxe edition that includes extra in-game content. Additionally, some retailers are including exclusive preorder bonuses that you can’t get anywhere else, including limited-edition steelbook cases, in-game cosmetics, and even early access to the full game--but which extras you get depend on where you preorder. 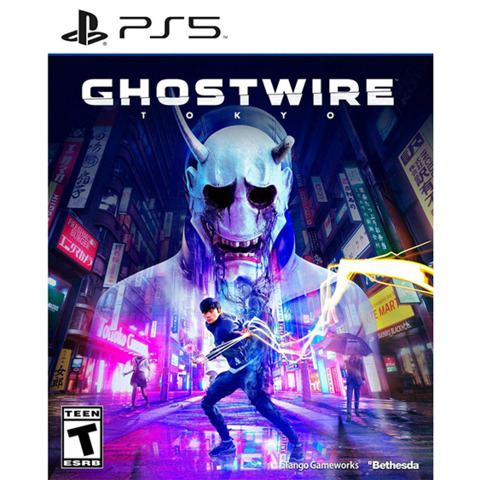 The standard edition of Ghostwire: Tokyo is available for preorder in physical and digital formats for $60. You can buy it at Amazon, Best Buy, Target, Walmart, Gamestop, Steam, PSN, Steam, and Fanatical, some of which offer unique preorder bonuses.

Best Buy is offering an exclusive steelbook case for the game. Amazon preorders include two bonus in-game outfits: the Hannya mask outfit, and biker outfit. PlayStation Plus members can get 10% off digital preorders through PSN, while PC players can snag a Steam code through Fanatical and get the special Hannya mask outfit as a bonus.

See at Amazon
See at Walmart
See at Fanatical 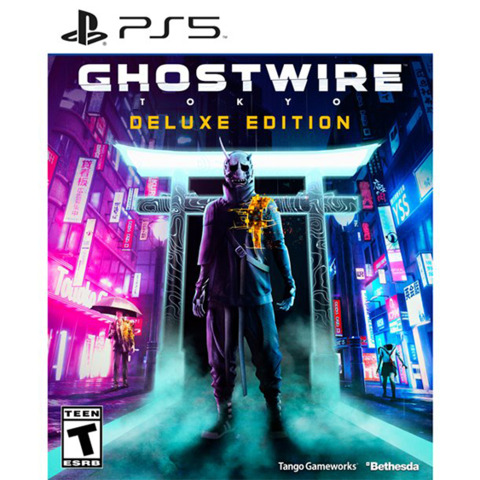 Preordering Ghostwire: Tokyo Deluxe Edition from Best Buy gets you the limited steelbook case, while Amazon adds the Hannya mask and biker in-game outfits. Digital PS5 preorders on PSN grant players early access to the full game three days before the release date, and the game is 10% off for PS Plus subscribers.

See at Amazon
See at Walmart
See at Fanatical

Ghostwire: Tokyo is a first-person action-adventure with an emphasis on hand-to-hand combat. It’s the latest game from acclaimed developer Shinji Mikami, creator of Resident Evil and Evil Within. Ghostwire: Tokyo was even originally planned as The Evil Within 3 before changing direction early in development. The game is set in Tokyo following a strange supernatural event where everyone in the city vanishes, except you. You’re not entirely alone, however. Demons, ghosts, and other spectral entities have overrun the city, including a spirit named “KK” that possesses the protagonist Akita and grants him special powers. Players will explore the abandoned city and battle against supernatural enemies in a martial arts-based combat where exploiting your foes’ elemental weaknesses is key to victory. Oh, and there’s a talking yokai cat that runs a bodega. If that doesn’t get you to open your wallet, then I don’t know what will.

Interestingly, Ghostwire: Tokyo is a PS5 game published by Bethesda, which was acquired by Xbox in 2020, but Xbox is honoring the game’s PS5 exclusivity--at least for one year. 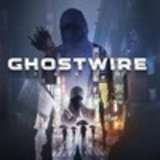