Over the weekend, fierce fighting broke out in the Caucasus region of Eurasia between Russia and Georgia. The spark for the conflict, which has seen thousands reportedly killed and the small Georgian military routed, was ethnic conflict in the breakaway region of South Ossetia. The crisis was...

Over the weekend, fierce fighting broke out in the Caucasus region of Eurasia between Russia and Georgia. The spark for the conflict, which has seen thousands reportedly killed and the small Georgian military routed, was ethnic conflict in the breakaway region of South Ossetia. 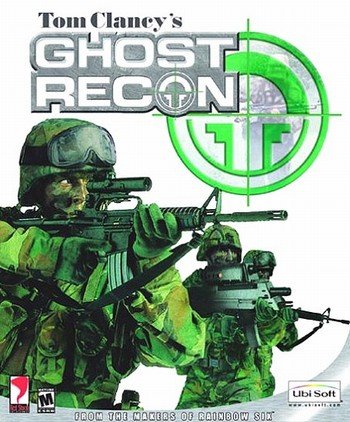 The crisis was prompted after Georgian troops and armor attacked Ossetian rebels in the city of Tskhinvali, reportedly inflicting heavy civilian casualties and killing several dozen Russian peacekeepers. The former superpower quickly brought its still-massive military to bear, pouring in thousands of troops as well as tanks and helicopters. Russian president Dmitri Medvedev is a protege of prime minister and political strongman Vladimir Putin, who was not shy about stirring up nationalism and using military force in Chechnya during his eight years as president.

What does the Russo-Georgian conflict have to do with video games? More than you'd think, according to an article in the Philadelphia Bulletin newspaper. In a piece yesterday, reporter John Rossomando outlined how the original Tom Clancy's Ghost Recon used an eerily similar scenario as its backdrop when it was released in 2001.

"The year is 2008, and the world teeters on the brink of war," begins the voice over in the game. "Radical ultranationalists have seized power in Moscow--their goal, the reestablishment of the old Soviet empire. Ukraine, Belarus and Kazakhstan--one by one the nearby independent republics slip back into the Russian orbit. Russian tanks sit in the Caucasus Mountains and the Baltic forests, poised to strike to the south and east." In the game, Russia is also aiding rebel factions in Georgia, as it has bankrolled and armed South Ossetian forces in real life. 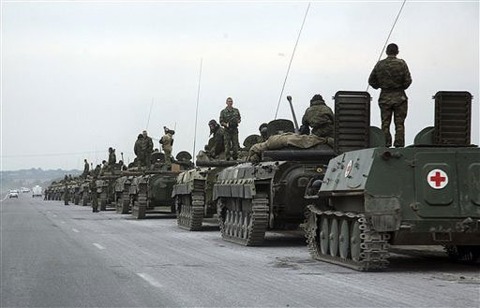 In Ghost Recon, the US sends Special Forces to aid Georgia's troops as they battle South Ossetian rebels and (eventually) Russian regulars. Players control a squad of recon commandos called the Ghosts, who slow down the Russian advance before being evacuated from Tbilisi. That currently isn't the case in real life, although there are just under 100 US military trainers currently in Georgia, which is home to a strategic pipeline. According to Stars and Stripes, the trainers are not involved in the fighting, and have been ordered to observe only.

Today, though, US-Russian tensions ratcheted up after President Bush ordered the US Navy to the region to provide humanitarian aid to Georgia and support a fragile cease-fire. Reports that Russia was ignoring the cease-fire brought a rebuke from Bush--and a pointed response from the Russian foreign minister.